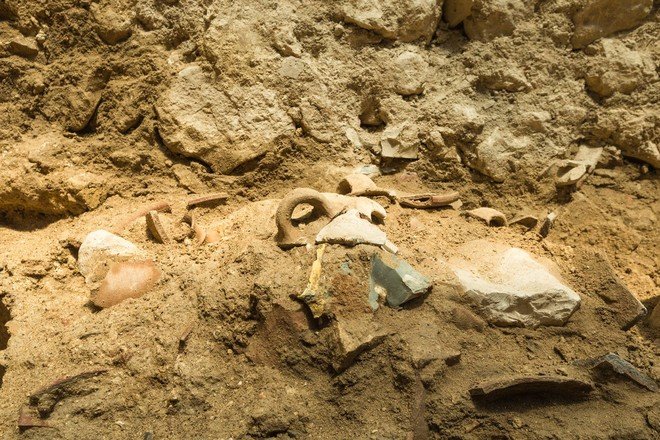 Israeli historians during excavations in the Jerusalem City of David found traces of an earthquake from the times of the Kingdom of Judah, described in the Bible, RIA Novosti reports, citing the press service of the Antiquities Authority. Archaeologists are confident that the cataclysm occurred about 2,800 years ago.

The legendary earthquake that struck Israel nearly 2,800 years ago is mentioned in the Bible. Traces of it have previously been found in several regions across Israel, but researchers believe that for the first time they were able to identify the remains of destruction, indicating that the earthquake also occurred in Jerusalem, the capital of Judea, the report said.

So, a layer of destruction was discovered, including kitchen utensils, storage vessels, which were broken when the walls of the building collapsed. The scientists emphasized that since no signs of fire were found in the ruins, this was not a deliberate event and the reason for the collapse of the building. It was most likely destroyed by an earthquake that struck Israel in the 8th century BC, during the era of the Kingdom of Judah.

On the eve of a basket of “absolutely whole” fruit dating back to the 4th century BC, as well as hundreds of ceramic and bronze items were found in the flooded ruins of the ancient Greek port city of Heraklion off the coast of Egypt. The artifacts have remained intact since the settlement was submerged in the 2nd century BC. In the 8th century AD, it turned out to be even deeper after the earthquake and tsunami.

Earlier, archaeologists unearthed two ancient rooms carved into the rocks in southeastern Turkey, dating back to the 2nd or 3rd century BC. Artifacts are located on the territory of the disappeared city of Zeugma. Historians believe that the found rooms were once used as “dining rooms”. Experts suggest that the house was owned by powerful and wealthy people who hosted dinner parties here many centuries ago.