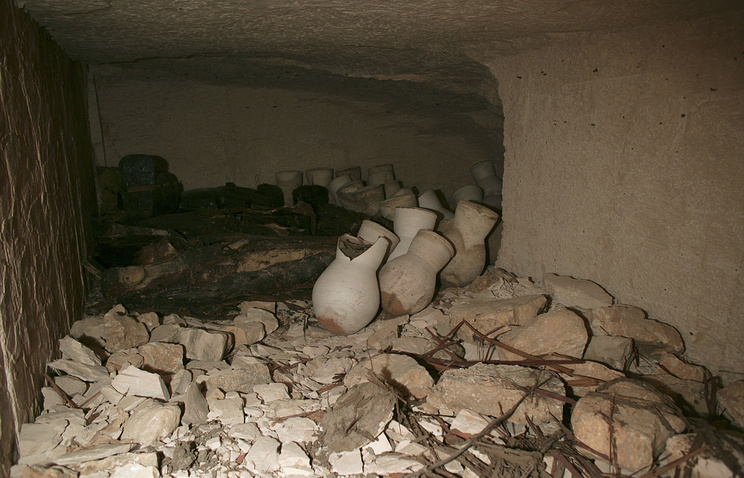 Almost not looted by treasure hunters, the tomb, whose age is more than 3800 years, was found in Upper Egypt near the city of Aswan. This opening was announced by the head of the Department of Antiquities of the Ministry of Antiquities of Egypt Mahmoud Afifi.

The burial chamber belonged to the brother of one of the most famous rulers of the city-Elephantine Island, located in the middle reaches of the Nile, was discovered by an archaeological expedition from Spain to the world famous necropolis of Kubbat al-Hawa. The tomb itself, according to the minister, “has been preserved completely and is in excellent condition.” Its construction and decoration were completed during the reign of the XII dynasty of the Pharaohs of Ancient Egypt (1991-1783 BC).

The objects found in the tomb are unique, as they were preserved in the “kit”, which was originally placed in the tomb together with the mummy. In the burial, archaeologists discovered two sarcophagi – external and internal, made of cedar, as well as many ceramic products, several wooden models of funerary boats, clay figurines depicting the ancient Egyptians.

As the head of the Spanish archaeological expedition Alejandro Hemenes Serano told, the mummy that was in the sarcophagus was wrapped in several layers of cloth and papyrus; She also had a necklace. The scientist added that a multicolored funeral mask of skilful work has been preserved. While remains a mystery, from what material the mask found by archaeologists was made and what a mysterious necklace is made of. Serano explained that both the mummy and the items on it were still being studied by specialists.

At the end of last year, an ancient wall, almost two meters high, was found in the same area. It was built about 4,5 thousand years ago in the northern part of the necropolis of Kubbat al-Hawa, where the burial places of the rulers and officials of Elephantine, which at that time was the capital of the noma (administrative unit of Ancient Egypt) of the Ta-Net. Scientists assumed that this wall fenced off the upper level of the tombs of the most revered representatives of the nobility of the time and beyond it may be still unopened funerary chambers of the ancient Egyptian aristocrats and the nomarchs (rulers) of the Ta-Network. Now the hopes of Egyptologists are beginning to be justified.

The city of Elephantine, based on one of the largest islands in the Nile River, was a long period not only the capital of the southernmost burial ground of the Ancient Kingdom, but also the military outpost of the country on the border with Nubia. Its strategic importance was also determined by the first Nile rapids, after which active navigation began along the Nile to the city of Thebes and further downstream to the Mediterranean Sea.

At present Elephantine Island (now officially called Gesirat Aswan) is located within the limits of the modern city of Aswan in Upper Egypt.