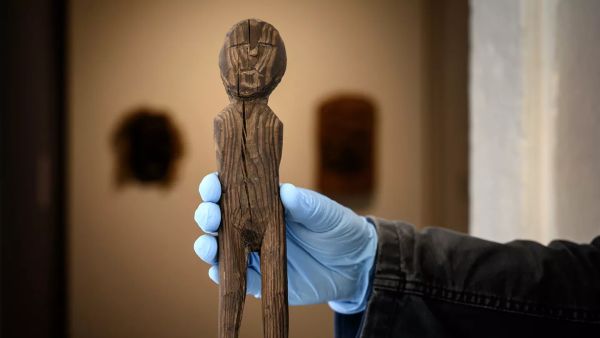 Due to the fact that glaciers are now actively melting in the Alpine mountains, a group of archaeologists was able to find ancient artifacts in these places, reports the Daily Mail.

Researchers have found a thread of plant fibers approximately six thousand years old, a wooden figurine, laced shoes dating from the third millennium BC, and other treasures. All items have been preserved in excellent condition, as ice protected them from decay.

Scientists are aware of the devastating impact climate change has on the environment. And yet, they found one plus: melting glaciers provided experts with an “opportunity” to significantly expand the understanding of the life of people living in the mountains thousands of years ago. A new field of research has even emerged in science called “glacial archeology.”

For a long time it was believed that prehistoric people did not leave the high mountains, but a number of recent studies suggest otherwise. Last month, archaeologist Regula Gubler and her team discovered a rope at the Schnydejoch Pass in the Alps. Scientists believe that this find is also more than six thousand years old.

In 2003, another group of researchers, excavating in the same area at an altitude of almost three thousand meters above sea level, found a box with arrows dating back to the third millennium BC.

All this allowed scientists to conclude that people climbed so high into the mountains in search of crystals and various minerals.