Archaeologists have discovered in Egypt, the temples of Nectanebo I and Ramses II 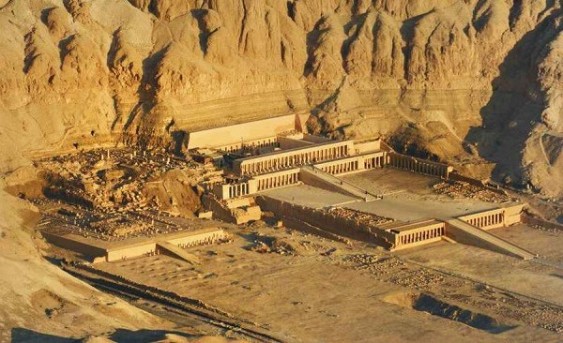 During an archaeological expedition to El-Mataram (Egypt), scientists from Leipzig University have discovered fragments, showing the temple of Pharaoh of Ancient Egypt Nectanebo I, who ruled from 380 in 363 BC

Nectanebo I, General of the army from the kind of Sebennytos, was the founding Pharaoh of the thirtieth and last native dynasty of Ancient Egypt. Under his rule, Egypt has experienced economic prosperity and a greater increase in building activity.

During excavations on the site of the ancient Egyptian Heliopolis, the researchers found a large number of blocks on site, which allowed them to create a diagram of the alleged ancient building. According to the findings, the temple consisted of a limestone relief and columns of plots, covered with black basalt in the lower part. The Eastern gates of the temple were constructed of brown silicified Sandstone and is decorated with inscriptions and images of funeral scenes. Also discovered were sculpted machined blocks and figurine ancient Egyptian goddess bast.

To the South-East of the temple, researchers found an ancient workshop Dating back to the 4th century BC and the site of the alleged temple of Ramses II, as evidenced by fragments of a huge sculptural installations and large relief blocks.