Archaeologists have discovered in the Mediterranean a cemetery of ancient ships 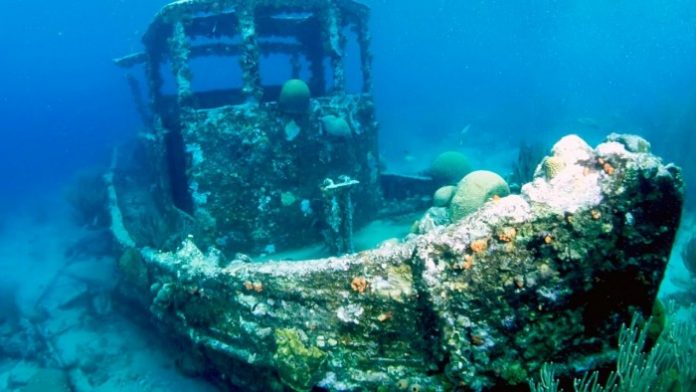 An international team of archaeologists discovered the wreckage of at least 58 sunken ships near the Greek archipelago of Fourni in the eastern Aegean Sea. This is one of the largest cemeteries of the ancient courts in the Mediterranean, reports Reuters.

The underwater archaeologists from Greece and the United States managed to come across this find for the first time back in 2015. In just a few weeks, they discovered the wreckage of 22 ships. The search work continued and in June 2016, fragments of another 23 merchant ships were found. Given the latest discovery, the total number of sunken ships is 58.

“It’s hard to describe my excitement, because it was just incredible. We knew that we had stumbled upon what could change history books,” said underwater archaeologist from the United States Peter Campbell, the project manager on the American side. The fragments found cover a huge historical period and belong to different times and eras: from ancient Greece and Rome to the New Age and the 20th century. According to experts, many ships were loaded with valuable cargo. This, in turn, indicates that at that time the archipelago played an important role in international trade and lay at the crossroads of trade routes in the Aegean, Mediterranean and Black Seas.

At the crash site, researchers also found more than 300 different artifacts, including amphorae, pots, lamps, and bowls. This sheds light on exactly which goods were transported to the Mediterranean. “On board 90% of the ships, the wreckage of which we found on the Fourni archipelago, were amphorae, which contained wine, oil, fish sauces, and possibly honey,” emphasizes project leader Georgios Kutsuflakis.

The main cause of such a huge number of shipwrecks is considered the difficulty of navigation, because in this area there are many underwater rocks, narrow straits, shoals and fast currents. In addition, an important role is played by features of the local climate, expressed in frequent changes in the direction of the wind, which did not allow the captains of the ships to cope with control. However, one cannot exclude such a factor as a sea robbery, since the concentration of trade routes attracted here pirates who attacked ships in order to seize rich and easy prey.

Fourni is an archipelago of about 20 small islands and cliffs located in the Aegean Sea. Its population does not exceed 1.5 thousand people. For the most part, they are fishermen and sailors, on the activities and income of which the economy of the islands depends.