Archaeologists have discovered the oldest protein of an ancient being 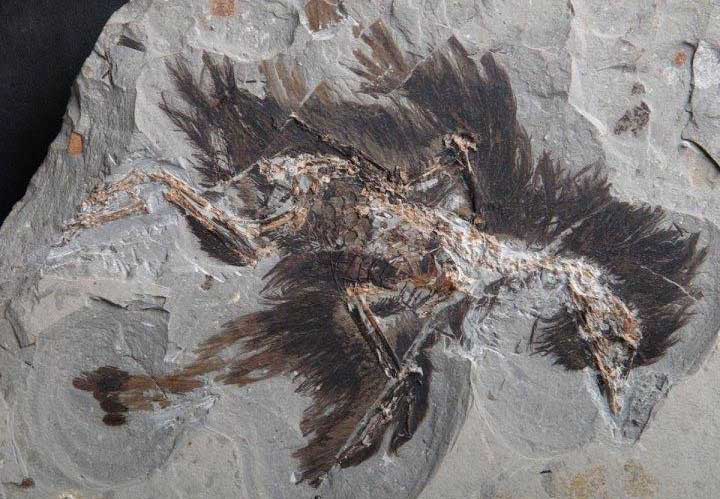 During excavations in Northern China, archaeologists have discovered a unique find – the body of a crow, which kept the tail for 130 million years.

Scientists at the University of North Carolina and the Chinese Academy of Sciences, examined the remains and concluded that protein in fossils, the oldest of those that were previously found by researchers.

Results confirming the presence of the oldest structural protein beta-keratin, show that molecules can survive in their original condition for hundreds of millions of years.

The researchers used scanning and transmission electron microscopy to obtain a more complete picture of the surface of fossilized feathers. In addition, they used a high-resolution imaging for mapping of copper and sulfur in the discovery. The latter was rather large, as expected in the keratin material.

Through long-term analysis, it was found that a sample of Eoconfuciusornis is really preserved melanosome age of 130 million years and was not contaminated during its decay and fossilization.

This is not the first time the explorers have discovered ancient structures in the fossil record. Previously found blood vessel,which is 80 million years old, belongs to a dinosaur with a duck beak, and collagen proteins of the Tyrannosaurus Rex. It is possible that the findings in the future can be used for cloning the ancient creatures.