Archaeologists have discovered the teeth of an ancient “river monster” 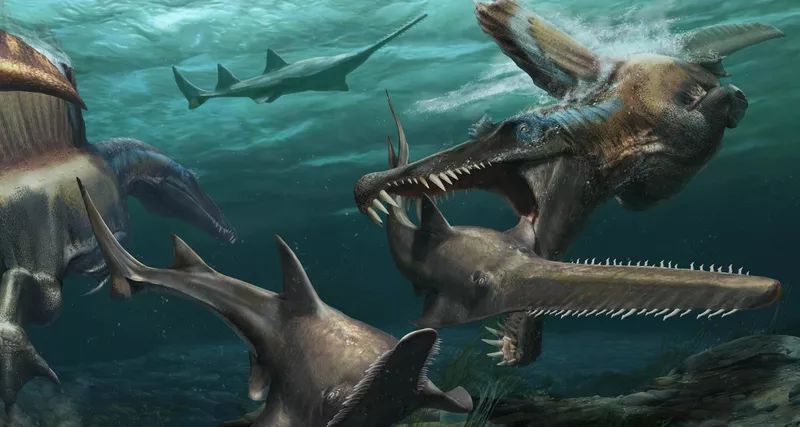 In April of this year, scientists were able to prove that Spinosaurus, which truly can be considered one of the most terrifying predators that has ever lived on Earth, was adapted to life in water. Then the researchers relied on the anatomy of the animal’s tail, a new find, namely a whole treasure of the teeth of an extinct predator, once again confirms this theory.

Spinosaurus is a predator that reached about 18 meters in length and weighed over 20 tons. It had a long, pointed muzzle full of dagger-sharp teeth. Previously, scientists believed that the spinosaurus could hunt in shallow water, but then, after archaeologists discovered a unique specimen of the remains of this animal in Morocco, they were able to assume that it was quite comfortable in the water. Then the remains of the tail of a spinosaurus were found for the first time, it was they who indicated the aquatic lifestyle of the predator. 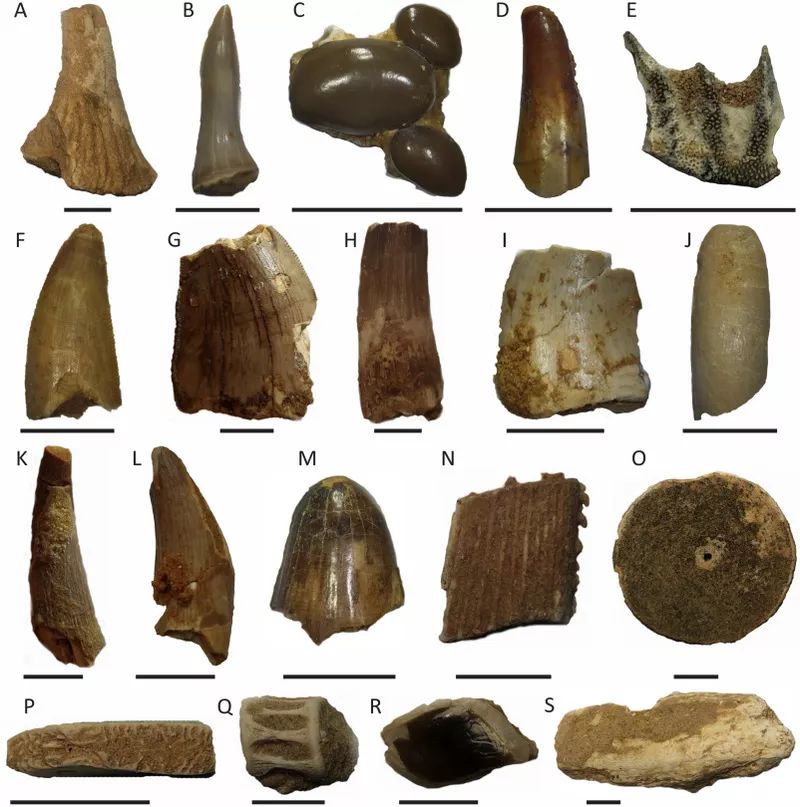 The shape of the animal’s head and teeth also hinted that the spinosaurus was aquatic. Scientists note that the anatomy of his head is very similar to that of a crocodile. And now that scientists have found more than 1200 teeth of a predator, there is no doubt that Spinosaurus was an excellent diver. The results of the new work were published in the journal Cretaceous Research.

Of all the teeth found in the Moroccan Sahara at the site of an ancient river bed, 48% belonged to Spinosaurus. Scientists note that less than 1% of the remains belonged to land dinosaurs.

“The large number of teeth in spinosaurus compared to other dinosaurs is a reflection of their aquatic lifestyle,” says David Martill, author of the study. “An animal that lives most of its life in water is far more likely to leave its teeth in river sediments than dinosaurs that may have only occasionally come to the river to drink and feed. This study could confirm that the giant spinosaurus not only lived but died in the river. The results obtained are fully consistent with the idea of ​​an aquatic inhabitant, a “river monster”. “