Archaeologists have found an undeveloped human brain that is 2,000 years old 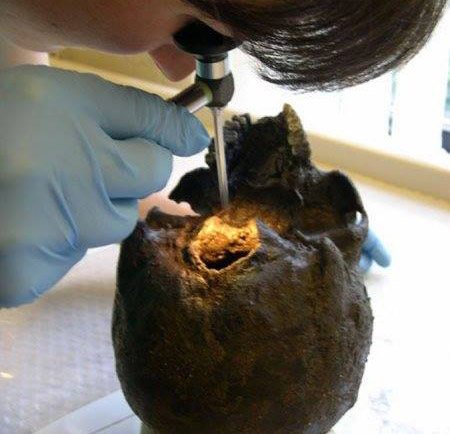 Archaeologists from Britain have found the most ancient human brain. Its age dates back to the beginning of the first millennium AD. Researchers from York University were able to find an amazing find. After the bone remains of a man buried two thousand years ago were recovered, it was discovered that the skull was filled with a certain substance.

At first there was a certainty that this soil mixed with bacteria. But further tomography showed that in fact it is a preserved brain.

By some inexplicable miracle, not only did it not decompose under the influence of soil microorganisms, it also acquired a solid structure, which allows us to study it in detail.

Neurologists and archaeologists are very surprised at this finding, which allows one to look at the evolution of a modern type of person from a different point of view. Despite the widespread belief that the human brain is growing from century to century, the latest anatomical and physiological studies around the world say the opposite. With each century of development of human technological progress, the human brain loses several dozen, and even hundreds of grams as superfluous.