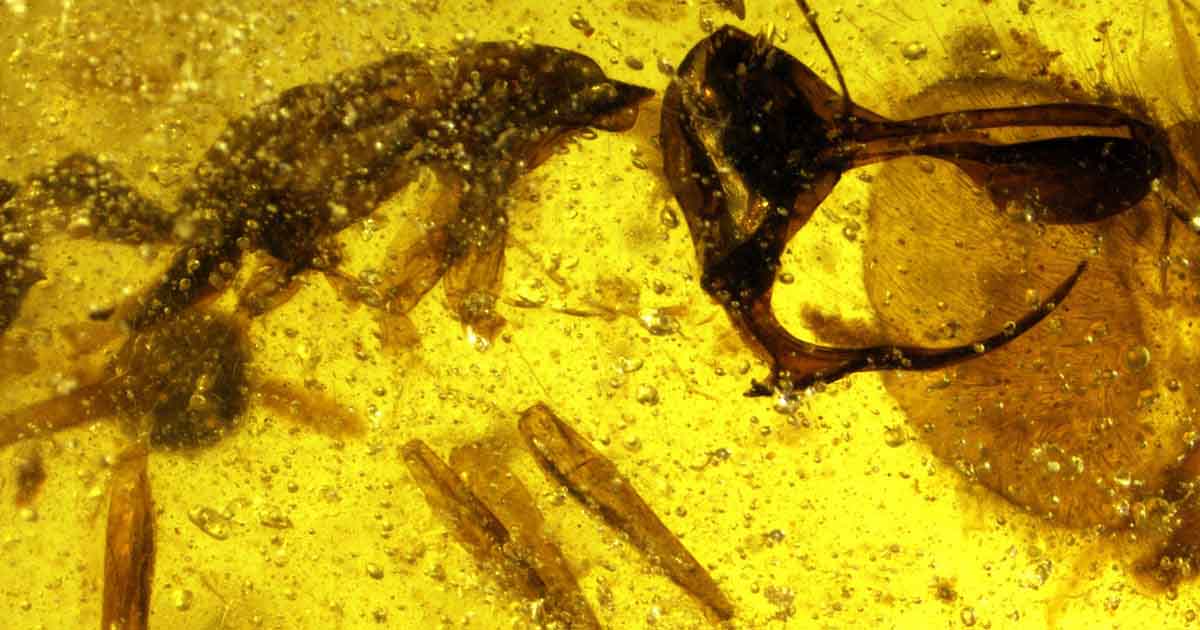 Paleontologists have discovered a new kind of prehistoric “infernal ant”, the anatomy of which justifies such a demonic name. For example, the stern apparatus of this creature was reinforced with metal.

Hell’s ants died out in the Cretaceous. Instead of ordinary mandibles, they had blades looking up.

None of the living beings had such a facial anatomy. Nevertheless, around the oral opening of the infernal ants were located hairs, like those that some modern species have. Perhaps, when the hairs touched, the jaws closed sharply.

That’s not all. This species, called Linguamyrmex vladi, had a powerful process resembling a horn protruding above the mandibles. Perhaps, when the insect touched the ant’s hairs, the mandibles immediately activated and planted the victim on the horn.

And what is most interesting, a computer tomogram showed: the horn of a new species was strengthened with metal.

In addition to everything else, Linguamyrmex vladi could be a vampire. When his mandibles rose, they formed a special chute. “Perhaps it was something developed for the direction of the hemolymph – the blood of insects – right into the mouth,” says paleontologist Philip Barden, the discoverer of the new ant species.