Archaeologists have found the Greek port of Salamina 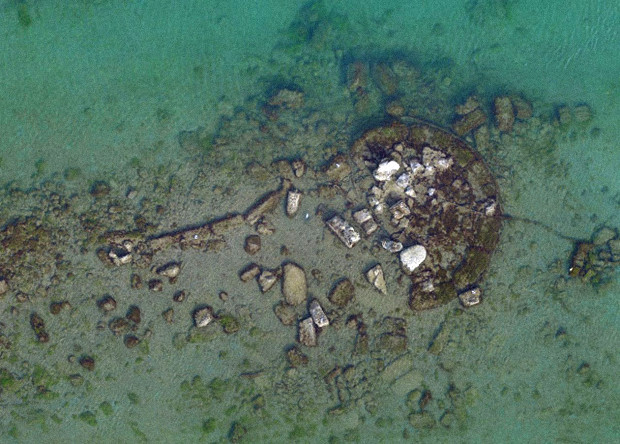 On the east coast of the Greek island of Salamis, archaeologists managed to find and map the port constructions that had been left in antiquity under water since the Salamis battle, the most important sea battle between the Greeks and Persians, held in 480 BC. On the completion of the project, which was attended by several departments, universities and private foundations, reports The Greek Reporter referring to the press release of the Greek Ministry of Culture

Salamis is a small island lying a few kilometers west of Piraeus, the main port of Athens. On it is the main base of the Greek Navy. In antiquity, the port of Salamas was an important commercial junction on the sea route from the Peloponnese to Attica. But changes in the shoreline and bottom relief, which occurred in the last 2500 years, hid the ancient structures; For their search and documentation, and an expedition was created. 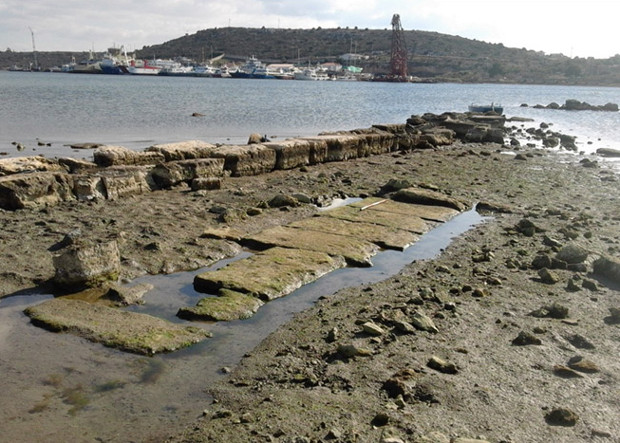 Fragments of the pier of the port of Salamina 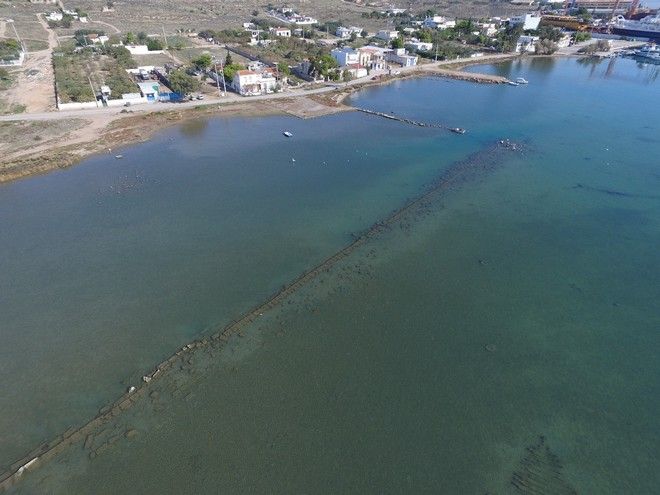 The circumstances and geography of the Salamis battle are described in detail in Herodotus in History (Book VIII) and other authors (from Aeschylus to Pausanias), and therefore archaeologists from the very beginning concentrated on working in the Ampelakia Gulf as most accurately corresponding to the information of ancient writers. The found out buildings, shore fortifications and other port facilities of the classical era are now plotted on a detailed map, which will be used for further research.

In 490 BC. The first Persian invasion of Greece ended in the Battle of Marathon, when the Athenians and Plateys under the command of Miltiades managed to stop the Persian army of King Darius. Ten years later – in 480 – King Xerxes launched a second invasion, a much larger one, involving not only the land army, but also the fleet. At the end of August, the Persians were already threatening Athens. In mid-September, the Greeks suffered a heavy defeat in the Battle of the Thermopil Gorge, and the Greek battle that began successfully for the Greeks under Artemisia had to be turned to a decisive victory. In a matter of days, Athens fell. But on September 28, the combined fleet of twenty Greek cities, consisting of 380 ships, managed to defeat the threefold greater fleet of King Xerxes. Athenians returned to their burned city for the winter, but were forced again to leave it to the Persians.

A few months later – in September 479 – the land army of the Greeks under the command of the Spartan Pausanias defeated the Persians at Plataea, and this battle finally determined the further course of the war. In the same year, the Persians once again lost to the Greeks in the battle of Mikal. This happened on the Asia Minor coast, that is outside the mainland Greece, and so the second Persian invasion ended. The peace treaty – the Kalliev peace – between the Athenians and their allies and Persians was signed in 449 BC.