Archaeologists have found traces of mass child sacrifices in Peru 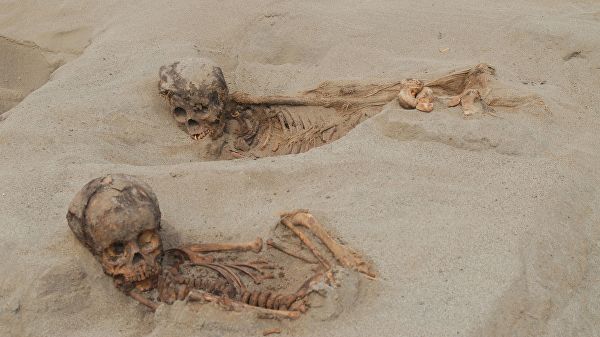 Scientists have discovered in one of the ancient cities of the Indians in Peru traces of a record-breaking sacrifice, during which more than 140 specially selected children and two hundred lamas were killed. Photos of finds and the possible purpose of this ritual were presented in the journal PLoS One.

“This find was a big surprise for us. We have never seen anything like this before, and we didn’t even have any ethno-historical hints that rituals of such magnitude were performed on the northern coast of Peru. We opened a new page in studying the history of children’s sacrifices “- said John Verano (John Verano) from Tulane University in New Orleans (USA).

Many Indian nations, according to conquistador chronicles and the myths of the aborigines of the New World, had extensive traditions of human and animal sacrifice. For example, the Aztecs organized the so-called “flower wars” – war games between teams from warring cities, and sacrificed the losers.

Similar traditions existed in the Inca Empire and other states of South America. Dozens of mummified bodies of children sacrificed to the Sun as part of the kapa kocha ceremony in honor of various major events in the life of the empire were found in the last half century on the slopes of mountain peaks in Chile and in Peru.

An analysis of their remains showed that the “royal gifts” ate good food and were in a state of almost constant drug intoxication in the last year of life. In particular, the scientists found inside the mummy of the famous “ice princess” traces of the fact that before her death, the girl was chewing a roll of coca leaves, parts of which were stuck between her teeth.

Verano and his colleagues discovered the traces of the most mass sacrifice of children in South America and around the world as a whole, studying the artifacts left by the Chimu civilization on the northern coast of Peru.

It originated in about 11-12 centuries AD and over time covered a significant part of the Pacific coast of South America, starting with the southern regions of Ecuador and ending with the central parts of the coast of Peru. For a long time, their state, Chimor, was considered the main rival of the growing Inca empire, until Tupac Inca Yupanqui, the father of the legendary Wyna Capac, conquered him in the early 1470s.

For many years, Verano and his colleagues have carried out excavations in the territory of the town of Huanchakito-Las Llamas, located near the capital of Chimora, the city of Chan Chan. Seven years ago, local residents accidentally discovered the remains of people and lamas here, protruding from sand deposits on the ocean, which prompted archeologists to begin large-scale “rescue work.” 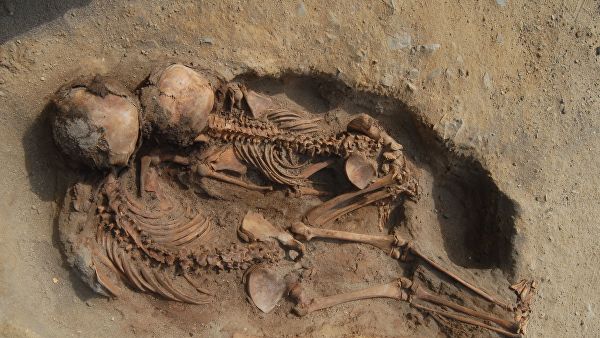 When scientists began to extract these bones, they were awaited by an amazing discovery – they found a whole army of mummified bodies of children sacrificed in a course of a yet unknown religious ritual, which is not described in the chronicles of the Spanish conquerors. In addition to human bones, scientists found at the same point a large number of remains of baby llamas.

There is no doubt that it really was a sacrifice, as Verano notes – the faces of the children were painted red, and their chest cells were opened in about the same way. The children themselves were well-groomed and had no obvious signs of malnutrition or congenital deformities.

In addition, their bodies were placed in graves in a specific way, in ascending order of their age, and in the graves themselves there were no typical ritual objects found in the “normal” graves of chimus.

All of them, as shown by radiocarbon analysis, died at the same time, around 1450 AD, at a time when Chimor experienced the last peak of its power. Interestingly, the differences in the DNA structure of children suggest that they did not live near Chan Chan, but were brought to a place of sacrifice from all corners of the country.

All of them were driven to a single point near the sea during the rain and killed in the same way. As scientists assume, similar circumstances of their death suggest that in this way the ancient priests tried to pacify the gods, who deprived Chimor of fish and sent a series of powerful floods on it in the middle of the 15th century.

In reality, both of these problems were associated with the increased activity of the El Niño climate phenomenon, which changed the nature of the movement of currents off the coast of Peru and drastically changed the climate of its northern coast. This anomaly, as scientists assume, could serve as one of the reasons for the decline of Chimor and its conquest by the Inca Empire.