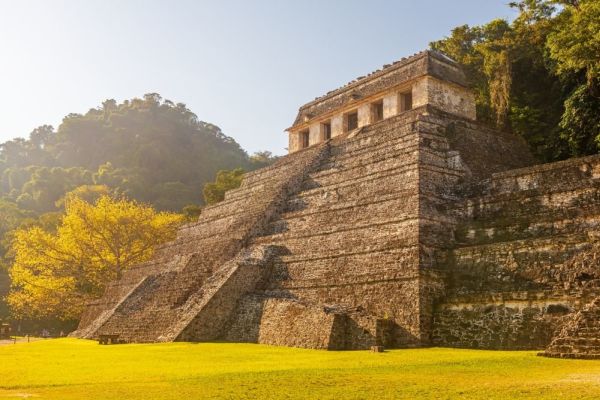 In Mexico, archaeologists have used a very fine sieve to sift sediments from the bottom of a sacrificial well in the mysterious ancient city of Palenque. The study helped determine what exactly the representatives of the Mayan people sacrificed to the gods.

A brief report on the discovery is published on the website of the National Institute of Anthropology and History (INAH). The city of Palenque is located in the state of Chiapas. It is believed that it was the capital of the Baakul kingdom of the Maya civilization. Presumably, the city was founded in the 3rd century AD, but the main buildings in it date back to the 7th and 8th centuries. Palenque died in the 9th century, the cause of the collapse has not been established.

The city is full of secrets and famous for its bas-reliefs and carved slabs, the likes of which have not been found anywhere else. However, as part of the new project, archaeologists have studied hundreds of animal remains, seeds, charcoal, tiny shell beads and other materials that were found at the bottom of the ritual well.

As project participant Carlos Miguel Varela Scherrer explained, all these things were sacrificial offerings to the gods. Their analysis made it possible not only to determine what exactly the Maya sacrificed to their patrons, but also pointed to a wide variety of sacrificial items. In addition, the analysis made it possible to establish that the Maya held religious feasts.

They passed in the palace, where the sacrificial well was located. This palace is considered the most complex and largest building in the city. It was both a temple and an administrative center, inside which meetings were held at the highest level, ambassadors from other kingdoms were received and various political issues were resolved.

To get samples, scientists had to build a complex structure. Bottom sediments were removed from the well along the gutters into the stream, where two supports were installed and the smallest sieve was equipped. And the samples themselves were taken after sifting manually.

Hard work has brought results. It was established that the remains of 17 different species were found in the sacrificial well. Moreover, 58 percent of the remains belong to various fish, 19 percent to molluscs, 11 percent to ten-legged crustaceans, five percent to birds, four percent to reptiles and three percent to mammals. They have already been identified.

Judging by the analysis, mussels, land snails, freshwater crabs, white perch, quails, turtles, armadillos, domestic dogs, deer, etc. were sacrificed to the Mayan gods in Palenque. In other words, the inhabitants of Palenque used local resources for religious offerings, that is, all what they could get right on the spot. In other Maya cities, when studying sacrificial offerings, scientists repeatedly found objects that were imported, and often they were brought from very remote regions.