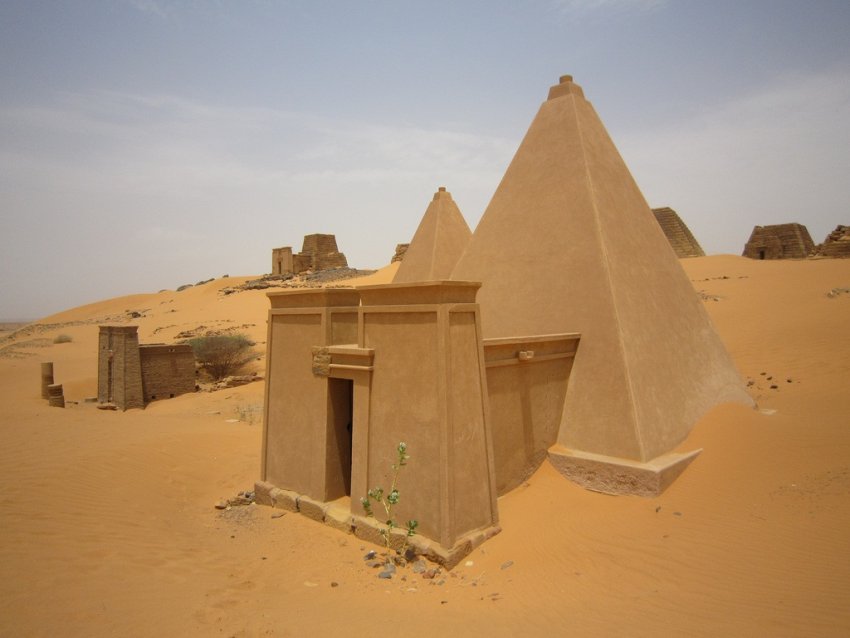 Archaeologists have discovered burial chambers located in the ancient pyramid of Sudan, located North of Khartoum. According to representatives of the news Agency SUNA, at present all the artifacts found during the excavations are in the laboratory.

Burial chambers are located at a depth of 10 meters. Excavations in the Meroe region began a few months ago and are carried out with the assistance of UNESCO experts. The world heritage site is considered one of the largest clusters of pyramids on the continent, the height of buildings in which reaches 30 meters.

During the excavations, experts discovered not only ancient artifacts, but also the bones of animals and people. Scientists have yet to determine their exact age due to which they were sent for laboratory tests. Scientists say that animals were buried with humans according to ancient traditions in which Pets should pursue a masters in the spirit world.

Pyramids in Sudan are structures with narrow bases and rounded corners. The researchers note that they were built by the Nubian civilization in the period from 700 to 300 BC.