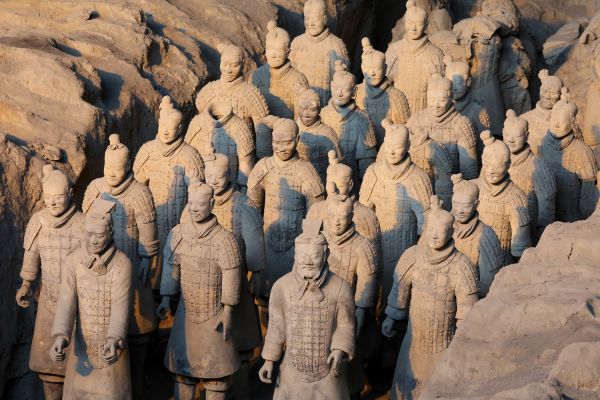 In China, during the excavations, more than 20 warriors of the terracotta army were discovered. This is reported by the website of the Chinese TV channel CGTN.

Several thousand ceramic statues of Chinese warriors are called the Terracotta Army. They were buried at the mausoleum of Emperor Qin Shi Huang in the territory of modern Shaanxi province, it was assumed that the warriors would serve the ruler in the afterlife.

The newly found figures have been unearthed in the new excavation of pit number one. According to representatives of the Museum of the Mausoleum of Emperor Qin Shi Huang, the painted ceramics are perfectly preserved. At the moment, the statues have been delivered to the premises for restoration.

Among the found figures of warriors there is a general and an officer of medium rank.

Archaeologists have found that the arrangement of the warriors in pit number one may be symmetrical from north to south and east to west. This discovery may be of great importance for understanding the meaning of the location of the soldiers in this burial.

Pit number one has the shape of a rectangle 230 by 62 meters deep 5 meters. Based on the density of the burial, archaeologists believe that more than six thousand figures of soldiers and horses can be found in it.