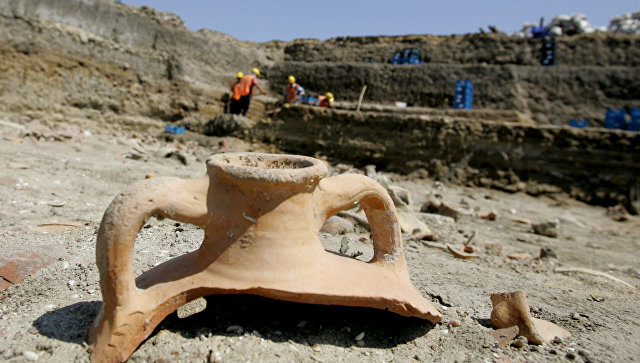 A group of archaeologists discovered in the territory of Turkey the burial of children sacrificed, according to the website of the London Museum of Natural History.

In the area of ​​the mound Bashur Hayuk found three graves with the remains of at least 11 children. At the time of their death, they were at least 11 years old.

The find dates from the beginning of the fourth scientist – the end of the third century BC.

As archaeologists say, there was a valuable burial inventory in the burial. They also drew attention to the fact that the graves are decorated with ornaments.

“There is various evidence that these young people did not die by accident or by natural means, rather, they were sacrificed,” said Brenna Hassett, the museum’s excavator and researcher.

Neat placement of bodies and evidence of violent death indicate that the buried were killed during the sacrifice.

As the archaeologist said, at least two victims were injured before death, including fractures, chopped and cut wounds.

According to her, in ancient times such sacrifices were practiced to demonstrate power.