Archaeologists told how in medieval England they fought with zombies 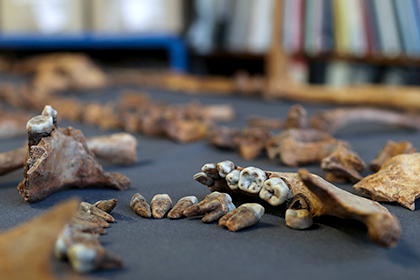 A group of British scientists studied the remains in a cemetery in an abandoned village in the north of Yorkshire. Specialists learned how medieval residents tried to prevent a zombie apocalypse.

Experts studied more than 100 bones that belonged to 10 people buried in the XI-XIII centuries. As a result, they found out that all the bodies before the burial were decapitated, dismembered and burned. If these people were the victims of cannibals, the bones would leave traces of knives. In the case, which faced archaeologists, such marks were only in the neck area.

Scientists are sure that this behavior was caused by fear of an uprising of people from the dead. The fact is that in medieval folklore there is much talk about the dead, rebelling from graves and killing living people. According to the beliefs of those years, to prevent this, it was necessary to dismember and burn the corpse before burial.

This finding is the first evidence that people really believed such stories. However, they do not exclude that custom can be peculiar only to this particular settlement, and in other regions there were other rules of burial.