A scattering of ancient stone huts on the outskirts of Johannesburg turned out to be the remains of a prosperous city, lost 200 years in history.

After three decades of hard work by archaeologists, the lidar technology unfolded in place of the huts a real metropolis of hundreds of households and workshops. In the 800 houses in Queneng, there lived a Twwan-speaking ethnic group of at least 10,000 people.
Queneng City. Photo: Twitter

The discovery is also important in that the pre-colonial history of southern Africa has no written evidence. Now the gaps began to be filled with lidar (LIDAR – English. Light Identification Detection and Ranging – detection, identification and determination of the distance with the help of light). This is the same technology that scientists used to determine the location of the ancient Maya city in the beginning of last year.

Using the reflection of billions of laser light pulses from the hillsides of Suikerbosrand, researchers were able to “see” the ancient city through vegetation and other obstacles. 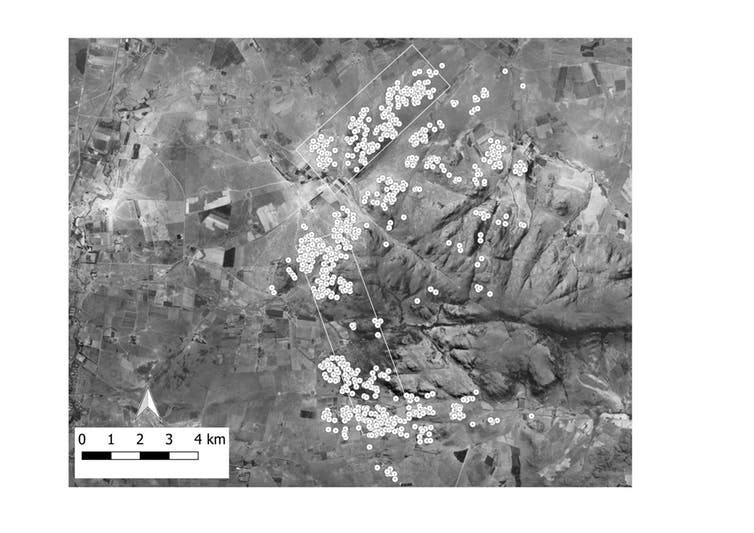 Queneng occupied about 20 square kilometers. The heyday of the city fell on the period from 15 to 19 century. The level of the local civilization is evidenced, in particular, by stone corridors built specifically for running livestock. In the center of Queneng are the remains of two huge pens of approximately 10,000 square meters. Archaeologists believe that it could be kraals, which contained about a thousand heads of cattle.

Queneng, like many other cities of Tswana, was abandoned after civil unrest. The inhabitants are gone, the stone towers have collapsed, luxury estates have fallen into decay. However, thanks to the lidar, the memory of the once flourishing city will remain in history.

Lidars – how the archeology of the future works

Lidar is a space technology that has come to the aid of archeologists. It can be installed on the most ordinary plane, so that from a height you can scan the necessary territories, penetrating with light through vegetation, which usually greatly interferes with archaeologists.

The light emitted by the lidar passes through the leaves of trees, shrubs and other vegetation and, reflected from the ground, returns. In general, the principle of its action is not much different from the usual radar. Thus, a modern lidar helps to build a 3D model of the surface.