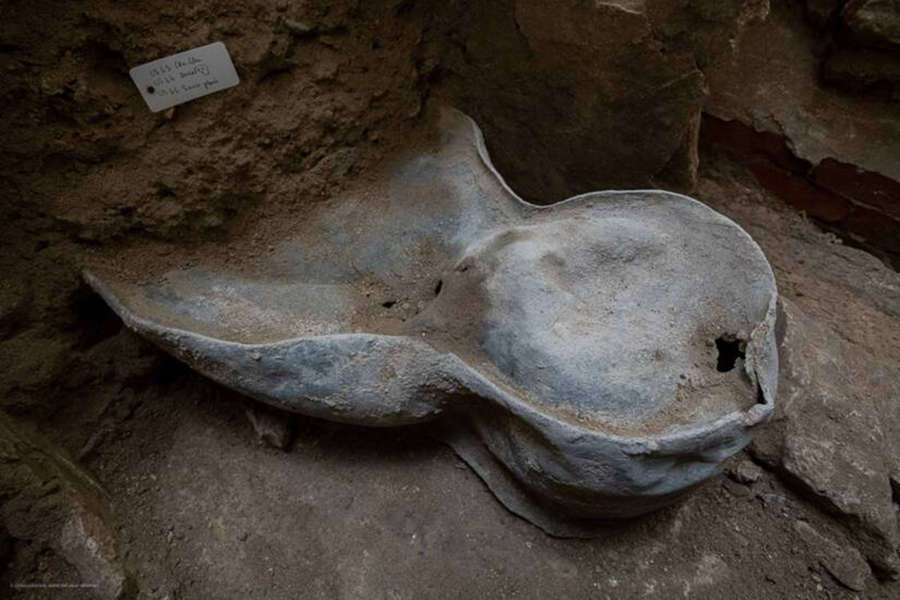 French archaeologists have announced that a decision has been made to open a human-shaped lead sarcophagus found in the cellars of Notre Dame Cathedral, after which forensic experts from Toulouse will examine its contents, determine the current state of the skeleton, its gender, a possible cause of death, take DNA samples and clarify the age of the burial from using radiocarbon dating. This decision, according to The Guardian newspaper, was announced at a press conference by representatives of the research institute INRAP.

The sarcophagus, probably dating from the 14th century, was discovered under Notre Dame Cathedral during renovation work on the building after a devastating fire in 2019. Apparently, the anthropomorphic coffin was made for a high-ranking dignitary at the beginning of the 14th century – that is, a century after the construction of the cathedral itself. To look inside the sarcophagus, which was deformed from the load of earth and stones that pressed it down, the experts tried to use an endoscopic mini-camera, but this was not enough to fully study the find. It was only possible to make out the upper part of the skeleton, pieces of cloth, hair, a pillow of plant remains and a number of as yet unidentified objects. Nameplates could not be found. Archaeologists note an extremely unusual form of a medieval European burial. Representatives of INRAP also said that after studying the contents of the sarcophagus, the possibility of his “re-burial” in the cathedral will be considered.

The discovery itself was made when the repair crews were already preparing to install scaffolding to restore the spire and they needed to check the stability of the base, so they opened the floor and found several tombs, fragments of architectural decorations and an altar screen. After that, archaeologists were given time to study the finds, but soon the work on the reconstruction of the cathedral was resumed, because the French authorities promised to reopen the temple by 2024.