Archeologists have probably established authenticity of the Lord’s Coffin 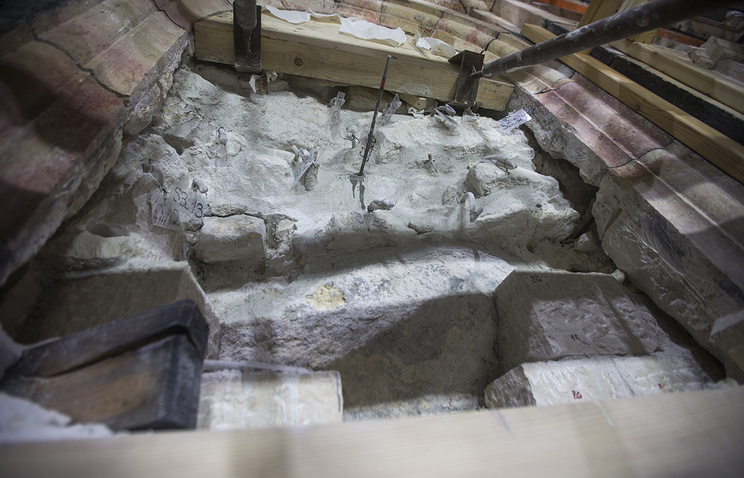 Archeologists, the researching shrines of the temple of the Lord’s Coffin in Jerusalem have probably established that the tomb is the same which in the 4th century was found by the Roman emperor Konstantin.

At the end of October scientists have removed a marble slab from a funeral bed of Christ, having found under it one more on which the cross has been cut. As experts have assumed, the plate has been established during campaigns of crusaders. Then archeologists have found out that the bed has remained intact.

As quotes The Mirror of the archeologist from National Geographic Fredrik Hibert, the found second plate can be “the obvious proof that the place where now there come pilgrims, is that tomb which in the 4th century was found by the Roman emperor Konstantin and to which crusaders worshipped”.

“It is improbable”, – Hibert has added.

However and the expert notes that the team of scientists will need months to process and study all data which they managed to collect on the place of a shrine. “Often in archeology the moment of eureka doesn’t happen directly on the venue of works”, – Hibert has told.

Besides, according to the archeologist, without bones and any artifacts scientists will never be able to tell with confidence that it is Christ’s tomb.