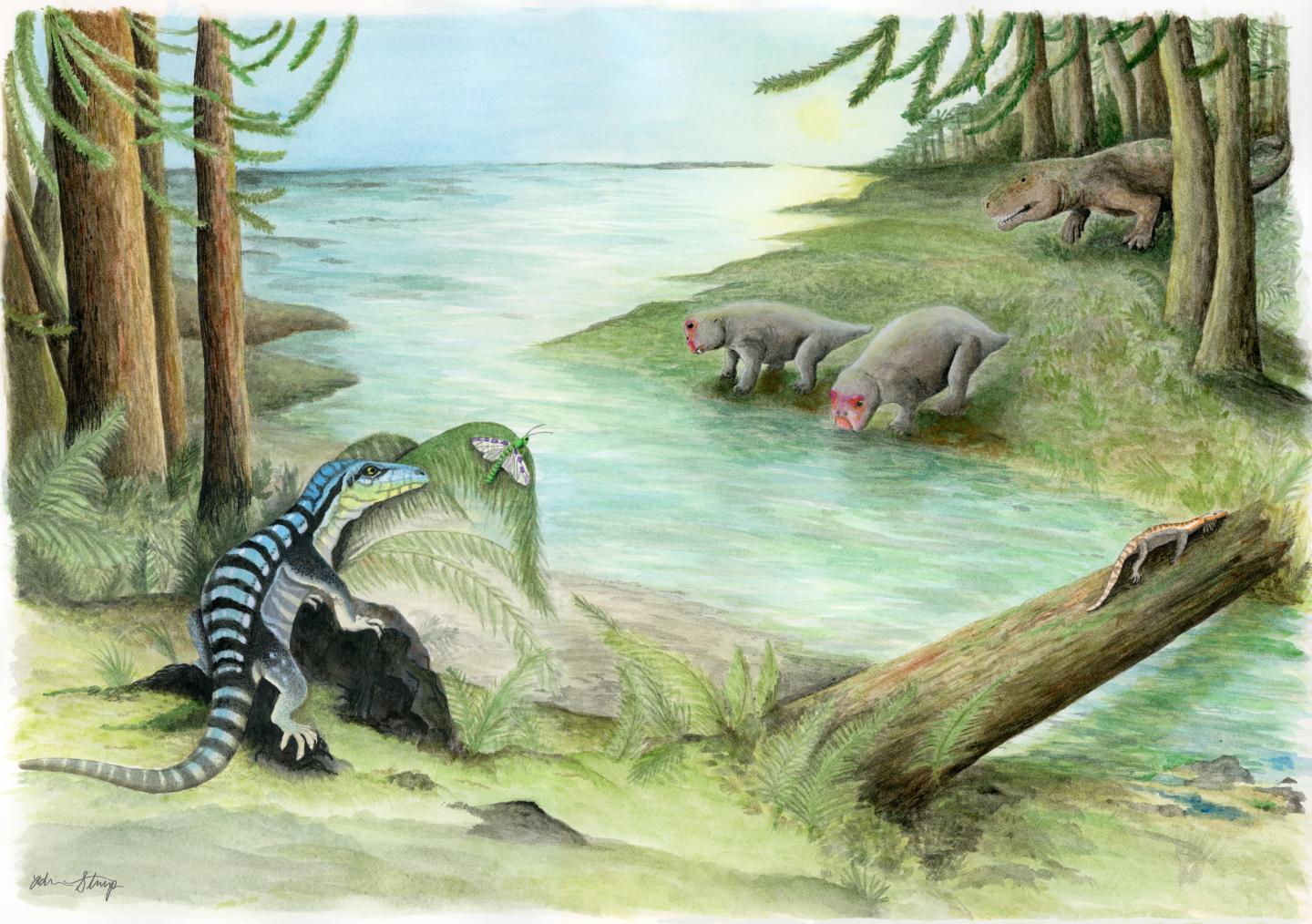 Modern scientists have enough information to build a causal relationship of events and phenomena that occurred at the dawn of our times. So, researchers know for sure that Antarctica was covered with forests and rivers 250 million years ago, while the temperature in the region rarely dropped below 0 degrees. In addition, Antarctica and Africa were a single land massif. Based on these conditions, it would be logical to assume that the Antarctic animals would be similar to their relatives living in southern Africa. But in fact, the logic was defeated: not long ago, the remains of an archosaur, which was an early relative of dinosaurs, were found in Antarctica. And this kind of archosaurs have not been encountered anywhere else!

The reptile is called Antarctanax shackletoni. The first part of the name in translation from Latin means “King of Antarctica”, the second – a tribute to Ernest Shackleton, a polar explorer. According to experts, the reptile, though similar to a lizard, but in fact evolutionarily is the progenitor of crocodiles and dinosaurs. After analyzing the discovered skeleton (which was not completely preserved) and comparing it with the skeletons of other fossil animals, the authors of the study concluded that Antarctanax shackletoni was a predator.

And that is why (despite the logical nature of the initial assumptions) one should not underestimate the creative imagination of mother nature, which has so many mysteries and secrets in its sleeve!