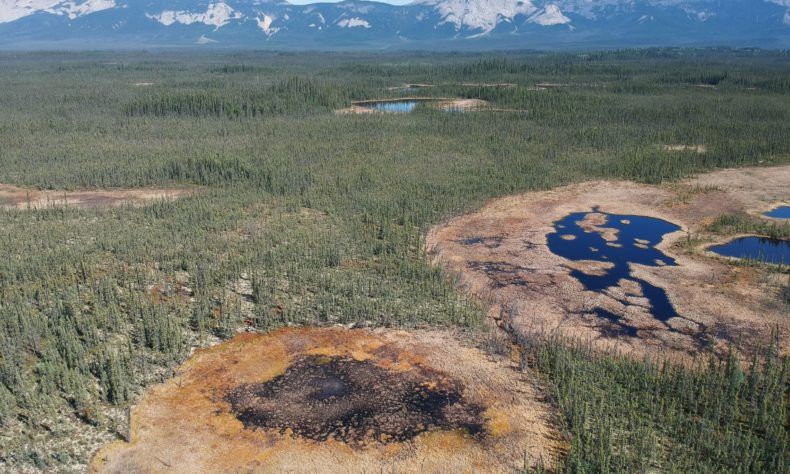 Permafrost is a layer of soil and rocks that do not thaw even in the summer, but when this happens, it creates holes that can change the landscapes of the Arctic in a few months.

When the ice begins to melt, the rocks and other sediments that were beneath it will be visible as swampy eroded land, also known as thermokarst. Previous studies explain how a surface is modeled after permafrost. Permafrost makes up 15% of the earth’s soil.

As a result of this melting process, carbon is released into the atmosphere, and its amount exceeds the calculated values ​​of specialists. This release can then accelerate global warming, and this cycle is known as climate change. We all know that frozen water has a larger volume than liquid water, so when permafrost begins to melt, it turns the frozen land of the Arctic into flooded land that looks like “broccoli soup.”

“This can happen very quickly, with the result that relatively dry and solid ecosystems (such as forests) turn into lakes in a few months or years, and the consequences can extend to soil to a depth of several meters,” said Merritt Turetsky, lead author of the study .

Scientists believe that this process plays a significant role in global warming, and perhaps this is one of many reasons why we no longer have four seasons. Winter will be in March, we will not have any spring. Global warming is a very sensitive topic that affects us all. The main problem is that our ecosystem will soon disappear …