Argentina introduced the world a new type of dinosaur 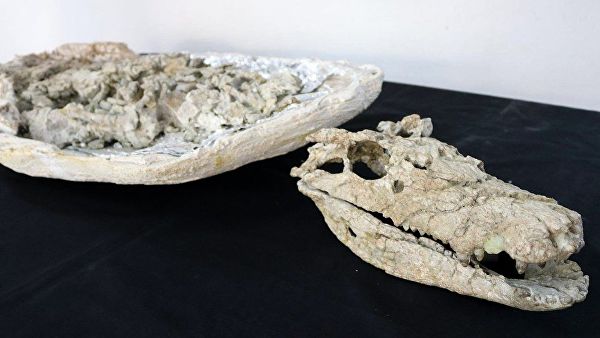 Argentina introduced the world to a new paleontological species Barrosasuchus Neuquenianus – a crocodile living in the territory of the present province of Neuquen 70 million years ago, the provincial government reported.

Fossilized dinosaur bones were found back in 2001 during a joint expedition of the Municipal Museum of Carmen Funes (Neuquen) and the Royal Tyrrell Museum of Paleontology (Canada), but it took the scientists 18 years to extract, process and analyze them. Project director, paleontologist Rodolfo Coria noted that the fossil was found in excellent condition, but it was as if encrusted in sand.

The uniqueness of the find lies in the fact that for the first time an almost complete skeleton was discovered, including the skull, jaws, legs, arms, ribs, vertebrae. Previously, scientists found only fragments of the skull.

According to the paleontologist, these crocodiles (or peirosaurios) were carnivorous, lived in an amphibious environment. Modern crocodiles inherited much from the lifestyle of their ancestors who lived tens of millions of years ago.

Moreover, the expedition collected numerous vertebrate fossils, including the bones of carnivorous and herbivorous dinosaurs, mammals, as well as traces of birds and small dinosaurs.

Fossil crocodile will be part of the collection of the Municipal Museum of Carmen Funes. Neuquén is a province in Argentina’s Patagonia, which is known for its large number of paleontological finds. So, in November 2018, the bones of a dinosaur belonging to a previously unknown species were discovered. The found remains belonged to an adult individual from the group of herbivorous dinosaurs with long necks and tails, who lived about 110 million years ago.