Artifacts of the legendary kingdom of Urartu found in Iran 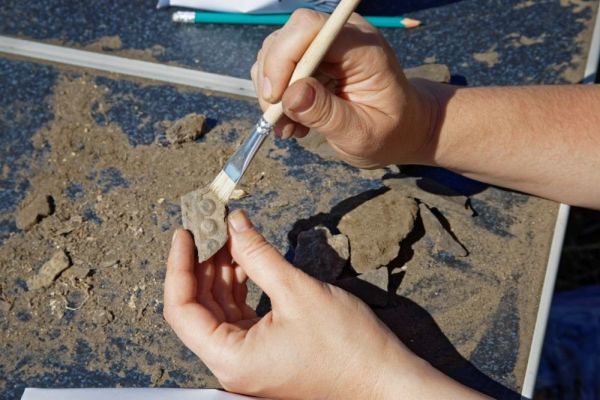 A group of Iranian archaeologists, while carrying out excavations in the northwestern part of the country, discovered an ancient settlement, which, according to scientists, was home to the subjects of the powerful kingdom of Urartu.

The opening was reported by the Tehran Times. The ruins of an ancient settlement were found near Beigush-Tepe, an archaeological site in Chaldoran district, West Azerbaijan province.

According to archaeologists, it flourished in the first millennium BC. The researchers were lucky, as the “black diggers” had not been here before. Antique hunters and smugglers are a big problem for Iran, which was home to many ancient civilizations.

Ceramics and other cultural relics found during the excavations indicate their belonging to the kingdom of Urartu. Scientists do not even exclude that one of the royal residences could be located here. By the way, the word “Beigush” in the local language means “owl”.

It is believed that the kingdom of Urartu reached its peak in the middle of the 9th century BC, but gradually it fell into decay. This state was conquered by the “Iranian” Medes at the beginning of the 6th century BC.

Urartu, an ancient country in southwestern Asia centered in a mountainous region southeast of the Black Sea and southwest of the Caspian Sea, is mentioned in Assyrian sources from the early 13th century BC. Today its territory is divided between Armenia, Turkey and Iran, and it stretched right up to the borders of modern Iraq.

During excavations in these countries, archaeologists often find evidence of the former might of Urartu. For example, in Iran, the remains of Urartu fortresses, water canals and dams, numerous stone structures, rock graves, steles, rock inscriptions and texts on the walls of buildings were previously found.

It is known that it was a highly developed state that enjoyed significant political power in the Middle East in the 9th-8th centuries BC.