Artificial clouds in the ionosphere 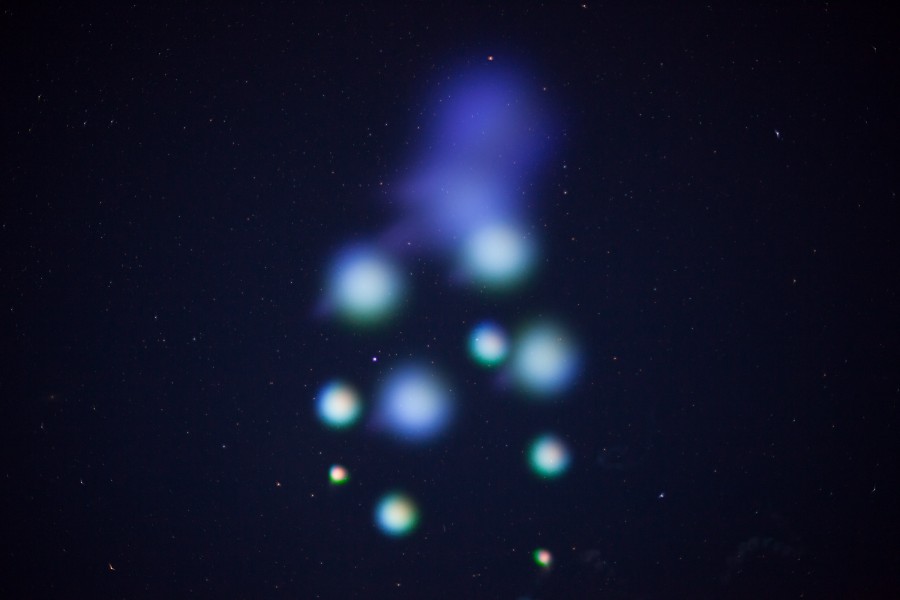 On June 29, a geophysical rocket was launched from the Wallops cosmodrome in Virginia. During the 8-minute flight, it reached a maximum altitude of 190 kilometers.

The purpose of the experiment sponsored by NASA was to study the propagation of particles in the ionosphere. During the flight, from the onboard rocket of 10 containers, special coloring chemicals were formed, forming blue-green and red clouds. Artificial ionospheric clouds have been observed in much of the US, from New York to North Carolina.