Artificial intelligence is a threat to humanity 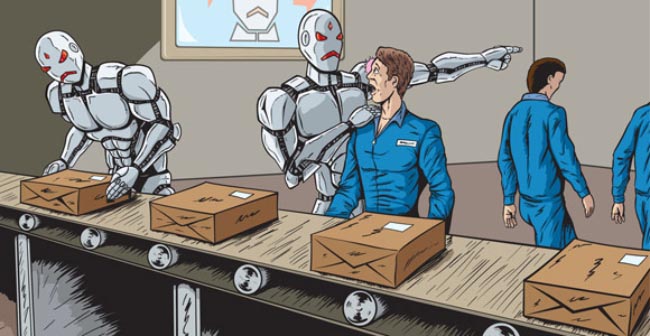 While the world is preparing for the return of the legendary epic, the Terminator, and Google is preparing to introduce a new version of its operating system with a somewhat frightening name Android, an associate of Steve jobs at Apple, Steve Wozniak is quite seriously warns about possible pending problems of humanity. In a recent interview with a major Australian newspaper The Australian Financial Review, Wozniak joins the masters of industry, who look in the not too distant future is not skeptical, but with a tangible apprehension.

64-year-old engineer, who, in addition to Apple, many different projects in Silicon valley, shared with journalists rather disturbing thought:

Sooner or later, computers will take over. It is out of doubt, — said Steve.

Wozniak is not the only figure in the industry, voicing concerns about this. Lately many well-known in the world of electronics people pay attention to the threat that could represent the development of computer technology for the future of the Earth. The stumbling block is the creation of a real artificial intelligence, the ability to think abstractly. Despite the fact that the fundamental possibility of the existence of this type of computers is not yet proven, the prospects for such a breakthrough in science is difficult to overestimate, because it can solve a range of problems of modern society, from creating a highly reliable encryption of data to virtually complete replacement of a person in hazardous industries.

As you know, everything in this world has two sides, and the main issue is the possible consequences for the person — remains open, occupying the minds not only of science fiction writers, but also leading experts of the electronics industry. For example, Elon Musk, the CEO of the world’s largest manufacturer of electric Tesla, calls for the possible creation of artificial intelligence the greatest threat to the existence of the human race. Similar opinion is shared by the founder of Microsoft bill gates:

I agree with Elon, and for me it remains unclear why such a careless attitude to this subject — he said in his blog.

Gates believes that the development of technology is leaps and bounds and the advent of computers, capable seriously to alarm their creators — it’s not more than a few decades. However, his forecast seems quite optimistic on the background assumptions made by the famous theoretical physicist Stephen Hawking, who believes that the emergence of AI may not be the beginning of the end of mankind:

If we can make robots smarter than himself, then nothing will prevent them easily around us and think, for example, weapons, the principles of which we simply can’t understand — Hawking is afraid.

Even if not so bad, the human role in the computerized society of the future is still unclear. Wozniak suggests that the machines can simply take away people’s jobs:

I am inclined to consider the fears of Stephen and Alona fair. If computers can replace humans in everything, then eventually they’ll just displace it everywhere because of low efficiency, ” says the engineer.

In the same interview, Steve has made a very interesting analogy:

I don’t know who we will become — some sort of deity or Pets. Maybe not in those of any other, because ants just come, isn’t it?

Anyway, to stop the inexorable March of scientific progress is not possible, and the first semblance of artificial intelligence, the world may see in the near future. While realizing this fact is especially thought-provoking here are the words of a former Apple engineer:

When I imagine that I would become a pet for cunning vehicles of the future, I could not help wonder — and happy my dog?