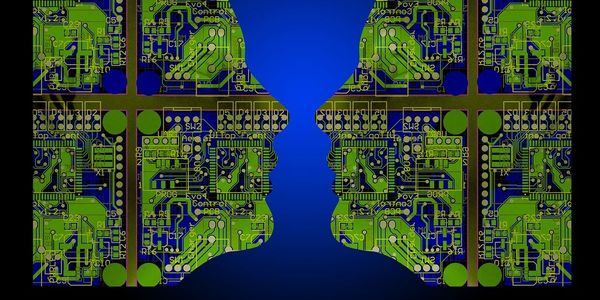 While artificial intelligence (AI) can replace the drivers of vehicles, and is able to win at chess, he can also release people from the responsibility for performing certain tasks, leaving them those are the best they have produced. General Director of the messenger Chatgrape Felix häusler told how AI is becoming an integral part of our daily lives, and how to overcome related challenges.

AI can bring as much benefit as harm: he defeats the person in the technical games, with tireless computing facilities, and helps people in carrying out research or even to take a patient home when he is too drunk to drive, said häusler in his speech at the TED conference. But, according to him, in subsequent decades, many people will lose their jobs due to automation, and today AI represents a threat to 47 percent of jobs.

This will primarily affect drivers, production workers and administrative staff. At the same time, although this creates the threat of job cuts, the possibility of merging with the technology to coexist with AI, will help us to become “superhuman,” said häusler.

Humanity needs more machines than is commonly believed, he says, and they will help to make our work more interesting. “If we recognize that we need each other in this life, it will be possible to benefit from it,” said häusler.

Machines have limitations, particularly with regard to their incompetence in social interaction. In order to obtain maximum benefit from III, people need to understand the limitations of computing resources and to allow machines to do only what they can carry, leaving people the decision of such problems that get them, are best as a social activity, creativity and logical thinking. At the same time, the machines need people to counteract “destructive dullness” from the tedious and monotonous work, because the human brain hates monotony and repetition, he said.

Häusler suggested to use AI as a “third” hemisphere of the brain, in addition to left and right, which are responsible for logic and creativity respectively. This is the third hemisphere deals with repetition, precision and speed. Responsible for tedious and repetitive actions, AI will allow people to focus on what they do best. Machines to eliminate ambiguities in communication, to mediate between people who think differently, and translate thoughts or patterns of a person in a task can help people to find a common language with them, said häusler.

According to him, today there are several ways to communicate with AI. One of them is natural language processing, machine listening when the person reads what she wrote, and enhances the intellectual ability to facilitate certain tasks. Another way is behavioral, during which the machine is connected to the devices of man and knows the owner of all important to propose adjustments on the basis of his behaviour. The third method is augmented reality, in which the machine increases the field of view of the person and provides him with information at a time as he does something else. And the fourth path is the creation of computer-brain interface.

“When we have a perfect computer-brain interface, we get access to this third hemisphere and will be able to directly delegate the main tasks of the car,” said häusler.