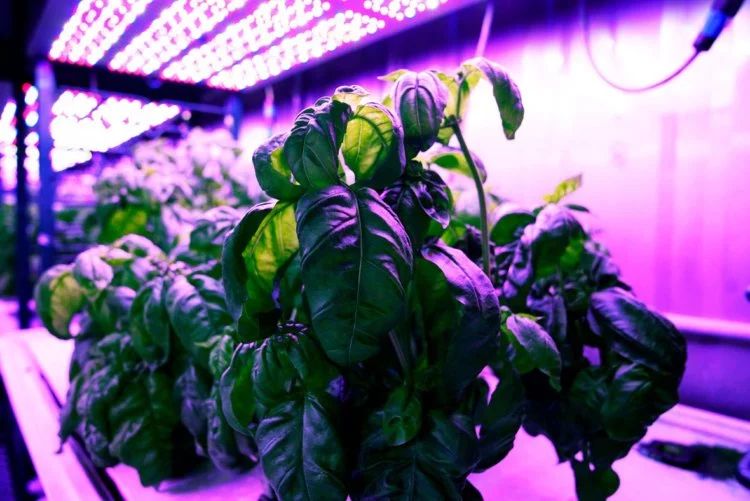 Machine learning was used to create very tasty basil bushes – you probably know this plant with an unusual taste, the main ingredient of pesto sauce. Although, unfortunately, we cannot convey the taste of this herb, it only remains for scientists to take the word. However, these results reflect a broader trend that includes the use of a scientific approach in data and machine learning to improve agriculture. What makes basil so tasty? In some cases – artificial intelligence.

Scientists who have grown optimized basil used machine learning to determine growing conditions that would maximize the concentration of volatile compounds responsible for the taste of basil. A study published in the journal PLOS One.

Basil was grown on hydroponic farms in modified transport containers in Middleton, Massachusetts. Temperature, light, humidity and other environmental factors inside the containers can be controlled automatically. Scientists tested the taste of plants by searching for certain compounds using gas chromatography and mass spectrometry. And they used the data in machine learning algorithms developed by the Massachusetts Institute of Technology and Cognizant.

Strangely enough, the study showed that the effect of light on plants for 24 hours a day gives the best taste. Now scientists are planning to explore how technology can improve the ability of plants to fight diseases, as well as how different flora reacts to the effects of climate change.

“We are really interested in creating networking tools that can take into account the experience of the plant, its phenotype, a set of environmental stresses and its genetics, and digitizing it all so that you can understand the interaction of the plant and the environment,” says Caleb Harper, head of the OpenAg group at Media Lab MIT. His lab worked with colleagues at the University of Texas at Austin.

The idea of ​​using machine learning to optimize yields and plant properties is rapidly gaining momentum in agriculture. Last year, the Wageningen University in the Netherlands organized the “Autonomous Greenhouse” competition in which various teams competed to develop algorithms that increase the yield of cucumber while minimizing the necessary resources. They worked with greenhouses in which computer systems control various factors.

A similar technology is already being used in some commercial farms, says Nawin Single, who heads a group of data scientists who deal with yield at Bayer, a German multinational company that acquired Monsanto last year. “Taste is one of the areas where we intensively use machine learning,” he says. And he adds that machine learning is a powerful tool for growing in greenhouses, but less useful for open fields. In “field conditions,” scientists are still looking for ways to narrow the gap.

Harper added that in the future his group will consider the genetic structure of plants (just what Bayer introduces into their algorithms) and will try to spread the technology. Their goal is to develop open source technology at the interface of data collection, sensing and machine learning, and apply it to agricultural research. This has never been done before.