Artificial intelligence will allow us to know ourselves, said the scientist 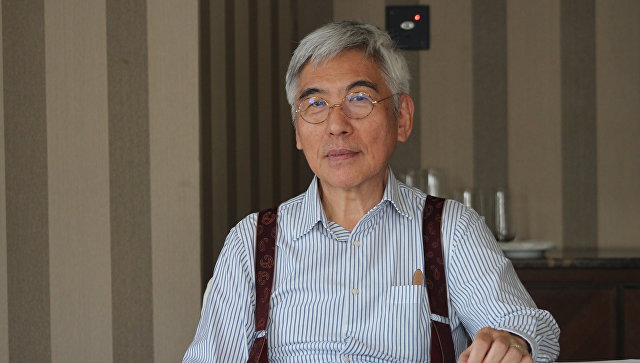 Professor Junichi Takeno, one of the leading experts in the field of studying the nature of consciousness and reason, tells us why he and his team are trying to create a computer analogue of the human intellect, and how these studies can help biologists to reveal the most important secrets of human evolution.

Takeno, a professor at the University of Maysee in Tokyo, and his colleagues have been working for over 10 years to create machines that have some forms of consciousness and intelligence and operate on the same principles as the human brain. In 2005, his team created a robot that can see itself in the mirror – one of the first self-confidence tests that only humans, chimpanzees, jays and macaques can go through today.

In subsequent years, Takeno and his associates created a number of robots capable of recognizing and displaying various emotions, imitating the actions of people and other robots, as well as making decisions independently. All this, as the scientist himself believes, brings us closer to the creation of a full-fledged intelligent machine, indistinguishable in the way of thinking from man.

Last week, Takeno spoke about the latest achievements in this field, speaking at the international conference BICA-2017, which was held in Moscow for the first time with the active support and participation of the MIFI NNIU. He announced the creation of an artificial intelligence system that perceives the famous “Rubin’s vase,” a dual picture that simultaneously depicts a pair of people’s dark faces and a light vase, about the same way as a person.

– Junichi, many of your colleagues believe that a full analogue of the human mind and self-aware machine can not be created, since the mind is of a quantum nature. Is it really?

– This is a very difficult question, but it seems to me that human consciousness can be represented in the form of a program. This program, of course, is very unorthodox, it is very unusual – it was written by evolution on the “genetic code” for many millions of years and it can only work on such hardware that we do not yet fully understand.

In order for us to write a program that works in this way, I and my colleagues in the laboratory are now actively studying the nature of human consciousness, using the publications that our colleagues, neurophysiologists, philosophers, psychologists and other scientists have prepared. These works gave us a lot of food for the mind and allowed us to make significant progress in writing this program.

For example, the Russian Nobel laureate Pavlov once wrote that “consciousness is a function of the brain, that is, a special way of organized matter,” and confirmed this statement by experimenting on dogs.

On the other hand, the nature of human consciousness, as is often said, remains almost unexplored. We are just trying to solve this riddle, moving from the other side – we are studying how our brain and our consciousness work, gradually creating its likeness. Many people do not want to do this in principle, but it seems to me that they are mistaken.

Junichi Takeno and his students in Russia

Man today is the most intelligent being on Earth, and therefore it is extremely difficult for us to understand how our own intellect works. But we need to study it, because if we suddenly have intelligent robots and machines, then a very dangerous situation will arise.

Not understanding how our mind works, how our own genetic program works, we can not predict the actions of such machines and defend against them. In addition, from a purely philosophical point of view, a person wants to know himself, and therefore such studies will always have meaning and value, whatever the skeptics would say.

– Over the past 10-15 years, you have created a lot of robots, often falling on the front pages of newspapers and newscasts of TV companies. Why do most people like robots, but they fear “bodiless” intelligent machines?

– It seems to me that this attitude is related to the fact that a person always needs a good companion, a life companion. For example, in the movie “Bicentennial Man”, based on the story of Isaac Azimov, the robot sympathizes with people and wants to become like them. It is easy and pleasant for people to communicate with them, and such a scenario is one of the ideals to which humanity aspires. We all want to create such a robot-“friend.”

There is another side to this attitude. Man always strives for absolute control over things and other people, and a “real” robot that has a clear frame and body, we can control at least on a psychological level.

If the machine finds the mind and goes beyond the body, then this possibility disappears, as, as I said above, we do not yet understand how the human consciousness or its future computer analogue works, how far it will go beyond its limits . In addition, a person perceives the mind and consciousness as something natural, and to destroy this reasonable form of life will be incredibly difficult from a psychological point of view.

For the same reason, human studies themselves are perceived by many people negatively, as they can give scientists or politicians with this knowledge control over your thoughts and mind.

– You created a program capable of responding to Rubin’s vase and other ambiguous pictures in much the same way as a person. Is it possible to talk about whether it is an analog of human consciousness?

– Now we are somewhere in the middle, if I may say so. In the past, we have already created a kind of analogue of a single human thought, the MoNAD system, an analog of a recursive neural network from the human brain. This time we used it to explain why a person feels that he sees two different things at the same time, people’s faces and a vase, and how the associative memory works.

Of course, one must understand that all such explanations are still hypotheses, but these studies help us to gradually reveal the secret of brain work, studying one relatively small problem after another.

For example, in the past, our main task was to create a system that could, like all intelligent beings with consciousness, spontaneously recognize themselves in the mirror. Having reached this milestone, we began to solve the following problem, developing a machine that could recognize and generate emotions.

“Given this progress, when will you and your colleagues reach the point where we can talk about a full-fledged intelligent machine?”

– What we already have, in principle, already works in some respects, like the human brain. On the other hand, we perfectly understand that we know only some basic things about how consciousness and mind function. Both are extremely complex things, our colleagues are constantly discovering some new qualities and properties of the brain that are still to be studied.

In the future, it seems to me, the same will happen – we will open new processes and properties of the brain, which we do not now suspect. Therefore, the creation of a full-fledged analogue of the human mind and consciousness is likely to take an eternity.

The same thing is actually characteristic of science – every time scientists think that “physics” or “biology” is over, they are discovering something new that fundamentally changes our ideas about the world.

For example, the first mechanical watches appeared even at the outgrowth of the Middle Ages, and over the next six hundred years their design was repeatedly improved and altered. The same goes for studying the human mind. The main thing is that we pay maximum attention to safety in conducting such studies.

– Will the creation of such systems require essentially new computers, or are modern chips suitable in principle for this task?

“I belong to the school of the so-called Connectivists, who postulate that all intelligent systems consist of many interconnected simple elements. We believe that right now, nothing prevents us from creating a network of artificial neural networks that could gain consciousness and reason.

On the other hand, the creation of such a network will be quite problematic in practice, since modern computers are ill-suited for carrying out a lot of simple calculations in parallel. We need devices capable of performing hundreds and thousands of simple operations simultaneously, which will make the work of neural networks as quick and effective as possible.