As a growing population of the Earth 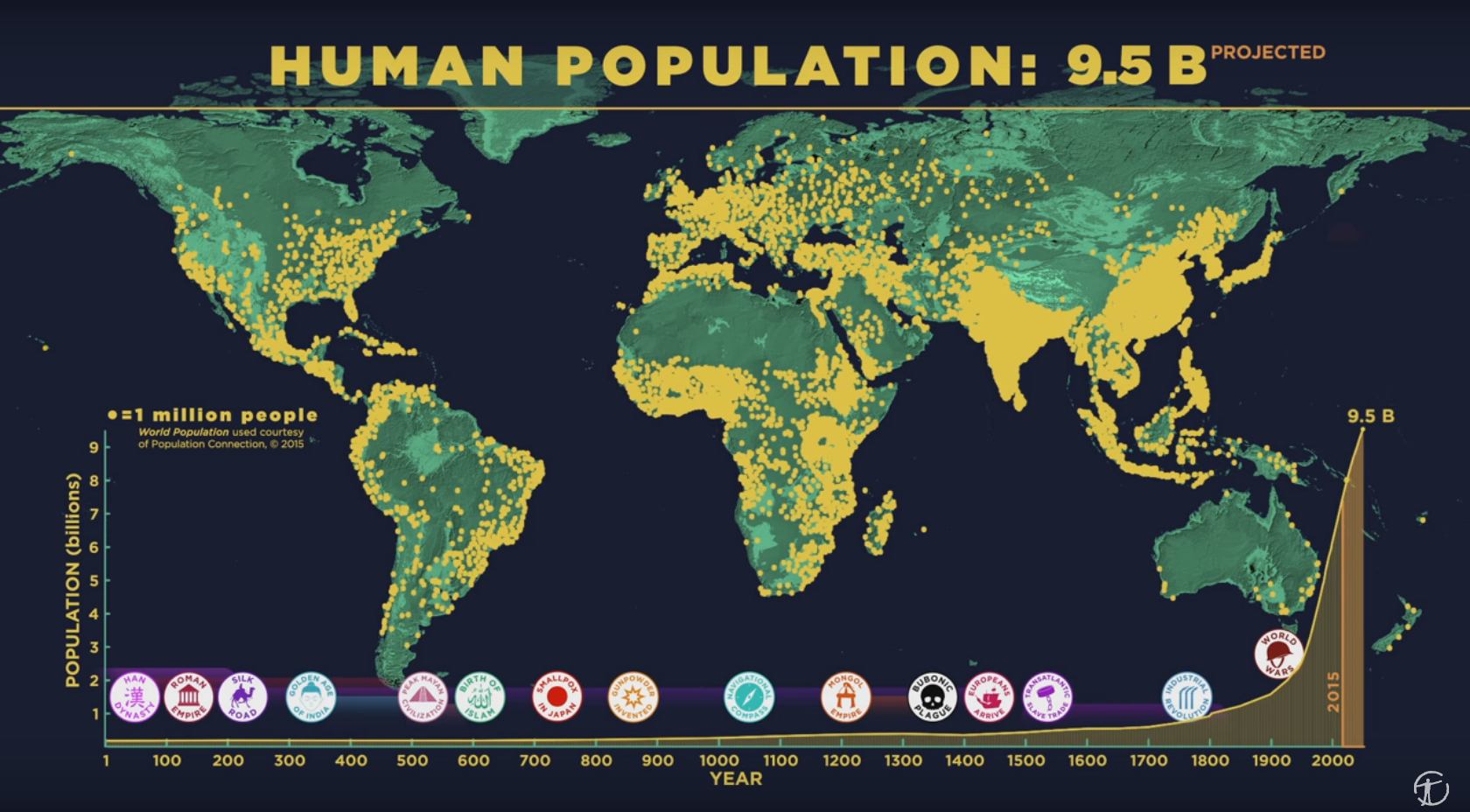 The Earth’s population is continuously growing. Of course, recently this growth has slowed somewhat, but nevertheless, forecasts for the future are quite impressive. To see clearly how the population growth of our planet can be seen in the following video, where the whole history of humanity fit into six minutes.

To reach one billion, it took us 200,000 years, but to reach seven billion, humanity took only 200 years. If the current trend continues, by 2100 the number of people on Earth will reach 11 billion.

However, the last time population growth is slowing, so now that fertility is falling in virtually every country of the world. However, if the current indicators on which the predictions will be changed even a bit in one direction or another, the number of the population by the year 2100 can be both much higher and much lower.