As a Tardigrada vehicle survives after a complete “drying” 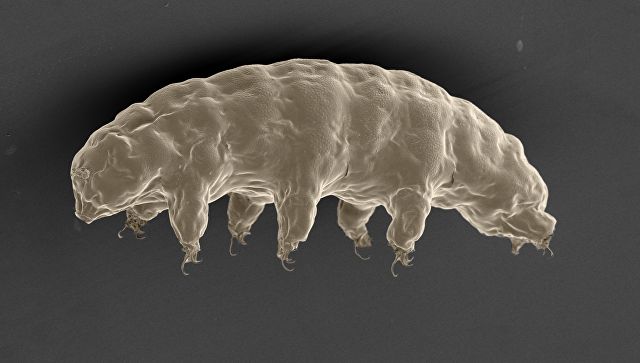 Famous Tardigrada animals, animals capable of living in space and carrying giant doses of radiation, are able to return to life after their complete “drying” due to the presence in their body of special proteins that protect them from death in the total absence of water.

“The main conclusion of our study is that the thistles have unique genes that allow them to experience complete drying.These genes and associated proteins can be used to protect other organisms and biomaterials, for example bacteria, yeasts or certain medicines, from death or decay” , – said Thomas Butby (Thomas Boothby) from the University of North Carolina in Chapel Hill (USA).

In 2007, scientists made an astonishing discovery, analyzing the data collected by the Russian biosphere “Foton-M3”: it turned out that the creepers, small invertebrates, distant relatives of crayfish and insects, can survive for a very long time in open space and even multiply in conditions of total weightlessness and Lack of food and water.

When scientists began to count and study the genes of the thistles, they expected a big surprise – over 6.5 thousand DNA sections from 38 thousand genes (18%) were “borrowed” from other organisms. Most of them were obtained from extremophilic bacteria, but genomes of plants, fungi, and archaea are also present in the genome of the quiet. Recently, scientists have discovered that silent cells contain unique proteins that protect them from lethal radiation doses.

Butby and his colleagues added another set of extremely exotic molecules to the number of such “miracle proteins”, protecting the quiet from death with the complete disappearance of water from their habitat and from their cells and tissues.

Butby notes that scientists used to think that Tardigrada boats use special sugary molecules that “gag” their insides to protect themselves from death during desiccation, but their experiments have shown that this is actually not the case. Many species of thistles that can exist in dried form for decades do not contain such sugars, but they can survive many cycles of “complete drying” without visible harm to health.

Trying to uncover the mystery of their survival, Butby and his colleagues followed what genes were included in the cells of the tidbits during their drying and during their revitalization. As it turned out, at such moments of life the CAHS, SAHS and MAHS genes were most active, responsible for the assembly of extremely strange molecules – the so-called internally disordered proteins.

They differ from most other protein molecules in that they do not have a clear three-dimensional structure and can take an arbitrary shape. This feature, as scientists explain, allows these proteins to turn into a kind of “glass” with the disappearance of water, rather than into crystals, as do normal proteins, and protect the cell’s interior from damage.

A simple transplantation of genes responsible for the assembly of molecules of these “glass” proteins, transmits to other organisms the ability to experience “complete drying.” To date, scientists have tested their work on bacteria and yeast, but they believe that these proteins can be used quietly to create plants that are able to survive droughts and to “dry” liquid medications and vaccines.