As augmented reality will change the life of sports fans 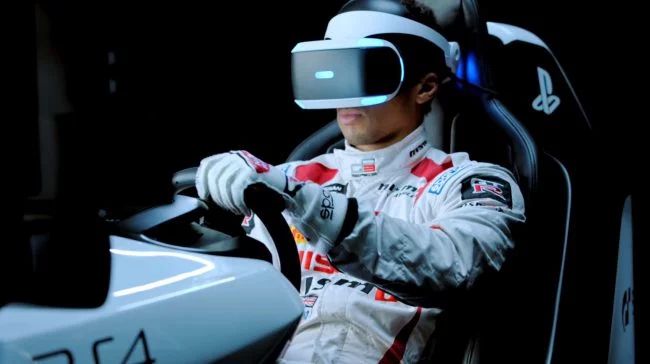 Modern technologies change everything, but not all at once. For example, for sports fans, nothing has changed much, except that they can monitor the progress of sports events from their smartphone or with the help of notifications on a smart watch. It is for this reason that at the Tribeca Film Festival the leading developers in the field of virtual reality and augmented reality began to discuss the future of sports broadcasts and equipping stadiums.

Director of the Watson Developer Labs product line and AR / VR Labs in IBM Michael Lidden, vice president of development and strategy at Jaunt Mitzi Reo and CEO of Business Insider Henry Blodget joined the conversation. Michael Hidden was an avid fan of sports. He believes that some very unexpected applications of technologies of augmented reality and virtual reality can be applied in sports broadcasts much earlier than we think.

I wonder how exactly VR and AR will change the life of a sports fan. The first thing that comes to mind is the broadcast in virtual reality, which will allow you to be at the stadium in the thick of events while the spectator will be at home. Jaunt already work in this direction, but all this is difficult to be called the technology of the future. At the moment you can not watch live broadcasts in VR, the location of cameras is very limited, there is no possibility to enlarge the image, and the quality of the image itself leaves much to be desired.

Obviously, you can cope with these problems if you place enough modern VR equipment in the stadium, but Mizi Reo also sees more interesting options for using modern technologies for sports broadcasts. The bet is made on the technology of augmented reality.

Imagine that you can place a tennis court on your desk and monitor what is happening from any angle. You can turn an entire room into a stadium and see not only athletes, but also additional information, for example, game statistics.

By the way, augmented reality will help those who prefer to personally attend sports events and get sick from the stands. The technology will allow you to combine the advantages of being on the podium and watching a television broadcast. With the help of Augmented Reality devices, you can see additional information that is offered in the TV broadcast, without being distracted from what is happening on the field.

All this sounds good, but how close is this wonderful future for sports fans? You will be pleasantly surprised. Broadcast in the form of a projection is already at the development stage, and the AR-headset, according to Michael Lidden, can appear in stadiums already this season of American football.