As from a casual set of sounds music has appeared 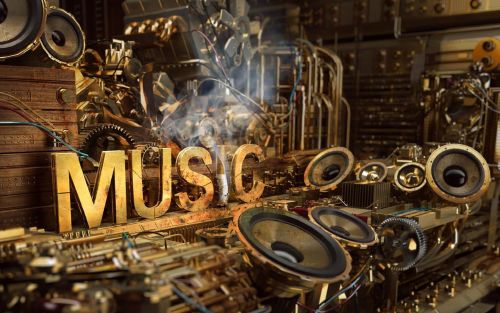 The game imitating a drum rhythm has allowed to understand how a casual set of sounds was transformed to what we call music now.

Emergence of music still remains for scientists a riddle. Ancient Greeks considered that music is granted by gods. Modern researchers have, of course, other view of this question. It is known, for example, that rudiments of music were created in primitive society. It is supposed that then they helped to solve these or those household problems (as, for example, education of children). Primitive people were bad “musicians”: they generally repeated sounds which were heard around. It could be singing of birds, growl of big cats or noise of falls. One is known – the rhythm was the main component of primitive music.

And now, using the special application imitating a drum rhythm, scientists have tried to answer a question of that, music has how exactly appeared. They could track the mechanism of transformation of chaotic set of sounds in something bigger. Results of a research have been stated in the Nature Human Behaviour magazine.

Within the experiment scientists have simulated 32 short shock sequences. In them there was no rhythm – blows represented chaotic sounds which can’t be taken for music at all desire. At first scientists have asked the first of volunteers to copy the heard sequences. Then the second participant has tried to recreate that has reproduced the first. The experiment lasted in total eight rounds in which six “chains” of drummers have taken part. It is necessary to tell that they were never musicians.

Volunteers weren’t faced by a task “to make” music, they had to transmit a set of sounds just most precisely. However gradually participants of an experiment accumulated more and more small mistakes which made senseless blows more similar to music. And such mistakes were well remembered to the following volunteers bringing, in turn, the additions. Finally some kind of “templates” were formed.

According to scientists, emergence of music is anyway connected with mechanisms of training and memory. Though, of course, meanwhile it is impossible to answer all questions interesting researchers.

Earlier, we will remind, other group of scientists has found out how Sting’s brain reacts to listening and the composition of music.