As genetic engineering will change our world to unrecognizability 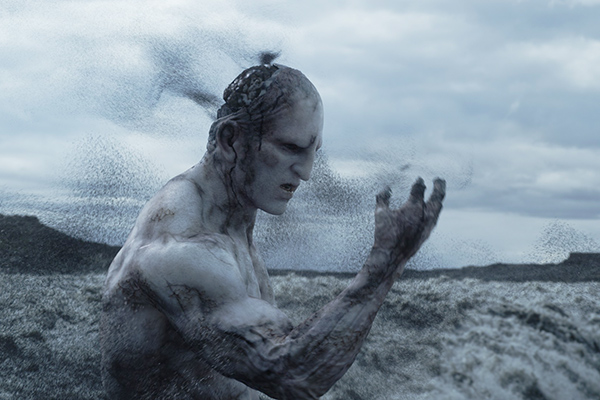 Scientists lay great hopes on CRISPR/Cas9 technology which allows to make with high precision changes to genomes of live organisms, including people. All new scientific articles describing various kinds of CRISPR systems, and also their modification are published.

CRISPR/Cas9 represents the system of adaptive immunity of bacteria allowing microorganisms to struggle with viruses. It consists of speyser — sites of DNA corresponding to certain fragments (protospeyser) of DNA of the infectious agent. Speysera code the specific molecules crPHK which contact Cas9 enzyme. The turned-out complex joins a virus DNA chain, and Cas9 works as scissors, cutting it.

Actually CRISPR/Cas9 — only one of many similar systems which bacteria and the Archean have. Scientists divide them into two classes. CRISPR system I, III and IV types, to the second — II and V belong to the first class. The type II has Cas9 protein participating in acquisition of new speyser, accumulation of crPHK in a cage and cutting of DNA. In other systems for these purposes multiproteinaceous complexes are used. It does type II by the simplest type of CRISPR systems suitable for needs of genetic engineering.

Types can be subdivided, in turn, into subtypes depending on what additional genes are connected with CRISPR. So, the IIA systems contain a gene of csn2 which codes the protein contacting DNA and participating in acquisition of speyser. In the IIB csn2 systems is absent, but there is a gene of cas4 whose function is still unknown, and the IIC systems have neither csn2, nor cas4.

All known for CRISPR system are found by scientists in the bacteria which are grown up in vitro. However there is a huge number of not cultivated microorganisms which treat both the Archean, and a bacterium. They, as a rule, live in extreme conditions — mineral sources or toxic reservoirs in the abandoned mines. However researchers can emit from them DNA and reveal in it specific sites. In the new work published in Nature on December 22 geneticists from the University of California in Berkeley have deciphered genomes from natural microbic communities, having found other kinds of CRISPR system. 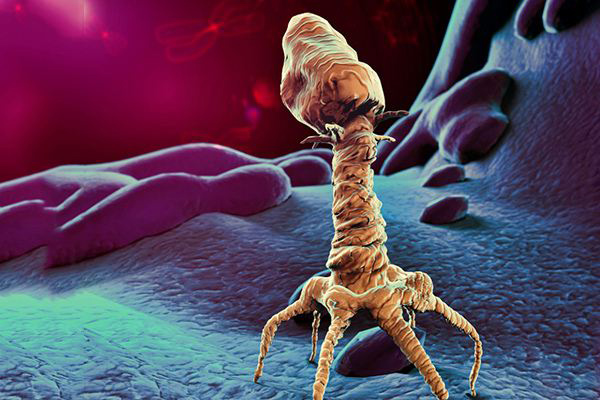 Scientists managed to find out that some types poorly studied the arkheopodobnykh of nanoorganisms of ARMAN also possess CRISPR/Cas9 though was considered earlier that only bacteria have them. It is noted that this system takes the intermediate place between the IIC and IIB subtypes and can serve as protection against the parasitic “jumping” genes (transpozon) getting to a microorganism from others the Archean. The attempt to reproduce activity of arkheyny CRISPR/Cas9 didn’t bring to anything in colibacillus (Escherichia coli) that specifies existence of some additional specific mechanisms regulating system.

From the bacteria living in underground waters and deposits new types of systems in a second class — CRISPR/CasX and CRISPR/CasY were also allocated. The CRISPR/CasX system includes proteins of Cas1, Cas2, Cas4 and CasX. The last as showed experiments on E.coli, differs in nukleazny activity, that is is capable to split alien DNA like Cas9. However there is it only if before protospeyser there is a sequence of TTCN where N — any of four nucleotides. Such sequences are called PAM (protospacer adjacent motif — the motive adjacent to a protospeyser). The CRISPR/Cas9 system has too PAM — NGG which shall be located after a protospeyser. Besides, CRISPR/CasY is capable to cut DNA if near the site target there is a PAM sequence of TA.

In what prospects of this opening? The matter is that the found systems — the most compact of known at the moment. According to scientists, a small amount of proteins, necessary for their work, does CRISPR/CasX and CRISPR/CasY by convenient tools for editing DNA. Moreover, metagenomic researches in case of which DNA received from the environment is studied will allow to open other kinds of CRISPR systems useful to genetic engineering.

Of course, to search of CRISPR systems in the nature there is an alternative — enhancement of already existing CRISPR/Cas9 technology. Despite its high precision, she makes mistakes, cutting DNA not in that place. It prevents to make the correct changes to genes and, therefore, effectively to treat heritable diseases. Therefore scientists look for methods to improve work of system. In 2016 it was performed many scientific works devoted to modification of CRISPR and its transformation into various gene tools. 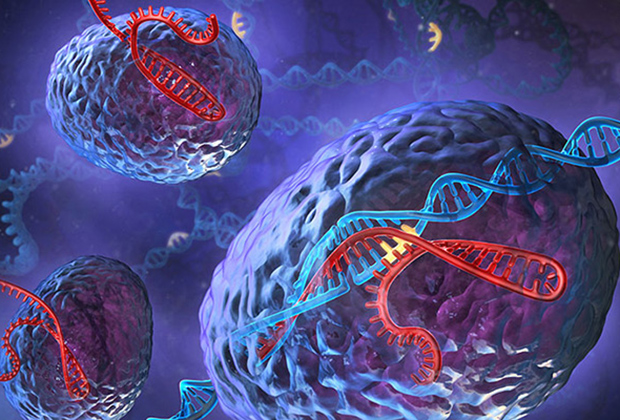 Protein of Cas9 and crPHK — the main CRISPR system components

So, on December 8 article of the scientists from the Toronto university who created “anti-CRISPR” — the system which is switching off the mechanism under certain conditions is published in the Cell magazine. It allows to suppress activity of Cas9 if the directing RNA contacts not that fragment, and to prevent mistakes. “Anti-CRISPR” consists of three proteins inhibiting a nuclease. Naturally, initially it was invented not by scientists, and viruses which thus neutralized immunity of bacteria.

In June the American researchers together with colleagues from Russia confirmed that the CRISPR/C2c2 system received from Leptotrichia shahii fuzobakteriya is capable to cut one-chained RNA. As a result the CRISPR system can be applied to a nokautirovaniye — suppression of functions — matrix RNA which transfers information from genes to ribosomes where on its basis proteins are synthesized.

In May specialists of the University of California created the CRISPR-EZ technology allowing to insert into genomes of embryos of mice new molecules DNA with almost absolute success. The CRISPR/Cas9 system is brought in the impregnated ova of animals by means of a microscopic needle and tiny electric discharge. In the experiment scientists managed to bring a mutation in a gene at 88 percent of mice. It exceeds quantity of the genetically modified mice received by means of the CRISPR editing method in which regular injections are used.

In April, having applied mutant Cas9 option which has no nukleazny activity, molecular biologists from Medical school in case of the Massachusetts university developed CRISPRainbow technology. The directing RNA specifying where to be attached to enzymes, contained fluorescent tags that allows to monitor movement of mobile genetic elements, for example. 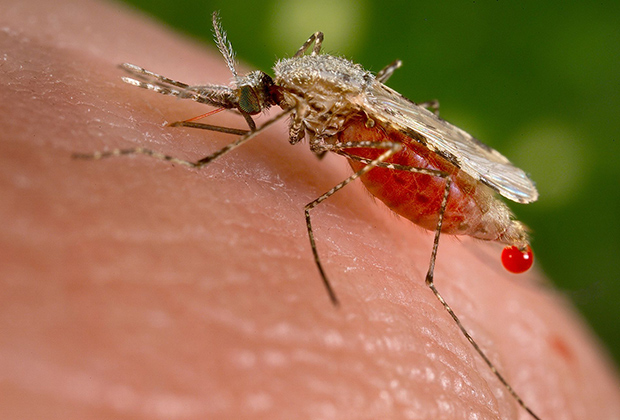 The malarial mosquito can fall the first victim of CRISPR systems

Scientists already apply CRISPR system to creation of genetically modified organisms, for example, of the malarial mosquitoes extending harmful genes among the wild relatives. This method is called the gene drive. If one of parents of an individual was the carrier of a mutant gene, then it will give him to the descendant with 50 percent probability. So occurs because the parent has two copies of a gene, and only one of them defective. CRISPR is capable to copy a mutant fragment and to insert it into a healthy gene. As a result descendants receive a mutation with 100 percent probability.

In 2016 experts of the Advisory committee in recombinant DNA (Recombinant DNA Advisory Committee, RAC) approved the request of the Pennsylvanian university for carrying out testing on genetic modification of the person by means of CRISPR/Cas9 technology.

However they were overtaken by Chinese. In November the Nature magazine reported that scientists of the People’s Republic of China introduced in the person of a cage with the genes modified by the CRISPR/Cas9 system for the first time. Researchers took immune cages (T-lymphocytes) from blood of the patient affected with the spreading lung cancer and then used CRISPR technology for shutdown of the gene coding protein PD-1. The last as it was shown, suppresses immunity, promoting growth of a tumor. Scientists cultivated the edited cages, having increased their quantity, and then entered them back into a human body. Whether gene therapy will cope with the illness, so far it is unknown.

Also can be applied by CRISPR system to fight against HIV and heritable diseases of the person. However for development of effective methods of treatment further researches are required. Of course, this is not about mutants as in fantastic movies, however scientists will be able to create quickly enough genetically modified organisms, for example agricultural plants with resistance to parasites. It is necessary to guess why the scientists who opened CRISPR and thought as it can be used, didn’t get the Nobel prize yet.