As NASA will choose astronauts for a travel to Mars 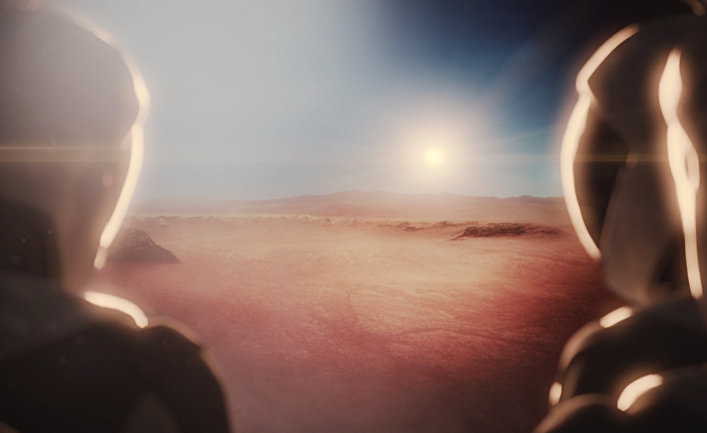 Christine Corbett Moran was in Antarctica when received the message that NASA wants to invite her to an interview for the following set of astronauts. Moran — the encoder and the astrophysicist-theorist, within ten months she lived the anchoress on the most southern point of our planet, studying consequences of the Big Bang. She anyway shall leave the coldest continent in November therefore in four days after a call of NASA on October 18 Moran reserved five air tickets necessary to reach Houston and to provide its achievements to officials of space agency. 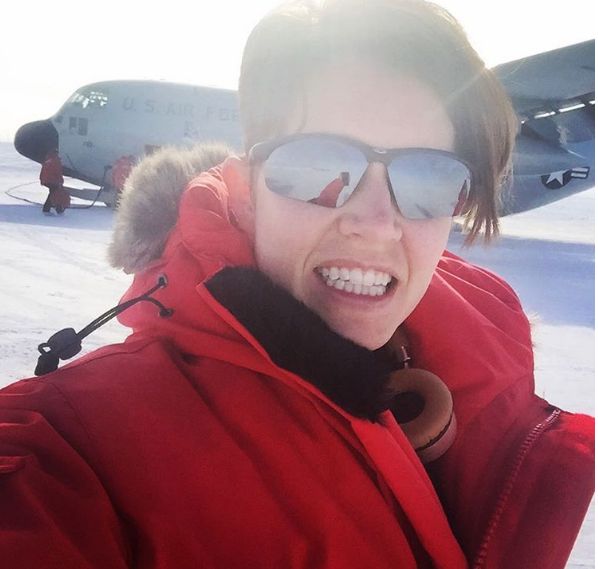 Moeran, Signal working on the SpaceX engine, directing creation of the iOS-application version for enciphering, which was going in as the second specialty for philosophy probably earlier wouldn’t represent such appeal as the candidate for astronauts. However the missions of NASA evolved. When the agency declared the last set of candidates, it specified that flight on Orion, the ship intended for distant flights in space, created for flight to Mars (#journeytomars) is necessary to several electees. And such long, hard potentially scientific work requires the summary different from what was required in the past. For example, the person familiar with science, programming and capable to keep sobriety of mind is necessary, living on the South Pole.

Moeran doesn’t advertize the list of motivations and qualifications — NASA prefers to keep process details in a secret from the third parties, and Christine doesn’t violate their requirements. However it is quite simple to understand how its experience to correspond to new vision of the astronaut of NASA. What can be general on Antarctica and in a long mission to Mars: fixed darkness, limitation in movements and the fact that, having taken off gloves, you can lose hands.

Moeran showed endurance in such circumstances. “The most part of what I like to do occurs indoors” — she says. She likes to be engaged for five hours in programming; she reads, plays musical instruments, speaks foreign languages; writes science-fiction books. She knows, than to occupy itself. Perhaps, adequately, to go to Mars.

From the most emergence of NASA interested a capability of astronauts to manage the flying objects. The first astronauts of the agency (“Mercury 7”) were military test pilots. According to the demands made by the agency differently also couldn’t be. And if nobody openly prohibited to accept representatives of not white population, then actually in lists the candidates provided at the discretion of to NASA “color” weren’t. The agency chose the first black astronaut, Ed Dwight in 1961, but he didn’t go to space.

Abandoned claims to recruit military of NASA in the sixties, in the run-up to the missions to the Moon. They wanted to include in team of scientists who would study a lunar surface and to teach them to steer the ship. By the standards of NASA it was the radical decision. However the first six astronauts scientists differed in nothing from pilots of the past — all white, all men.

At that time the agency would throw out the statement Moeran without consideration. Was prohibited to accept candidates of women openly. Hillary Clinton in youth somehow time wrote to NASA, asking that she needs to make to become the astronaut, and the agency answered that it is impossible.

“Then with the advent of the shuttle everything changed” — John Logsdon who founded Institute of space policy says. NASA accepted the first team of female astronauts in 1978 for flights on shuttles. The purposes of the program didn’t provide skills of the expert or military preparation (and also belongings to army). “One will manage flight, others — to be engaged in experiments” — Logsdon says. With separation of obligations also (some) variety among team’s line-up appeared.

There is no shuttle now. However within the command mission of NASA plans (sometime, we will hope) to send astronauts to Mars. Team members to which submitted the application Moeran at the beginning of 2016 will become already experienced astronauts when it occurs, and it means that they will be able to become at the head of the first research mankind of other planet.

This trip — — will demand about two and a half years a personal and interpersonal zen. Astronauts will need to keep calm during the travel of their tin lodge through ruthless space vacuum in the direction of the planet representing in effect National park Arches, it is only more. They should steer the ship, to research, not to dare to cling to each other. “I spoke already to you, told one thousand times, Carter, space paste it is necessary to squeeze out from a tube tail, not that I will open a lock” — it is necessary to forget about it.

However nobody, except NASA which refused to give any comments can tell that it is necessary for it this time. It seems, intellectual stability (like that which can be trained, carrying out the most part of year in Antarctica) can become one of key qualities. “I suspect that a little bigger emphasis in case of selection will be placed to work for psychological characteristics and a capability in team under stressful circumstances” — Logsdon says.

Physical training will also not prevent. Skills of disaggregation of codes (time the software plays much more important role now, than it was in the 60th, both on Earth, and in space) and scientific work will also hardly prevent. Even more considerable benefit will be, according to Logsdon, availability of scientific specialty. On the International Space Station astronauts made experiments on a microgravity, for example, as nanoparticles in the liquid environment behave or as the beheaded flat worms let grow themselves the new heads. On the red planet, however, NASA wouldn’t be prevented by geologists or (if we have great expectations) biologists. Scientists of all colors, however, got used to be engaged in tasks which will be useful in space only as a last resort.

Perhaps, officials already conducted an interview with several worthy candidates. But we know nothing! NASA doesn’t report names of the people passing tests until those reached the end.

And Moeran missed a personal interview, her moving from the most sparsely populated place on Earth was very difficult.

It — and NASA — accepted it without excess experiences, communicating on Skype as any other modern inhabitants of the Universe.

Moeran and to other candidates of who history aren’t known to us it is necessary to wait for the beginning of new year to learn whether they overcame testing. If yes, she has to have that some more interviews and testing and in June to learn whether it overcame a distance from “the candidate for astronauts” to “astronaut”. However, despite the fact that who will be chosen by the agency or what qualifications will be for it the most essential, their transition to assessment of more extensive experience which is available for more wide range of people reflects what is already known (or it shall be known) at universities and in business: heterogeneous groups cope with tasks better. If the team of white test pilots could take people to the Moon, provide what take-off will turn out at more competently grouped team.