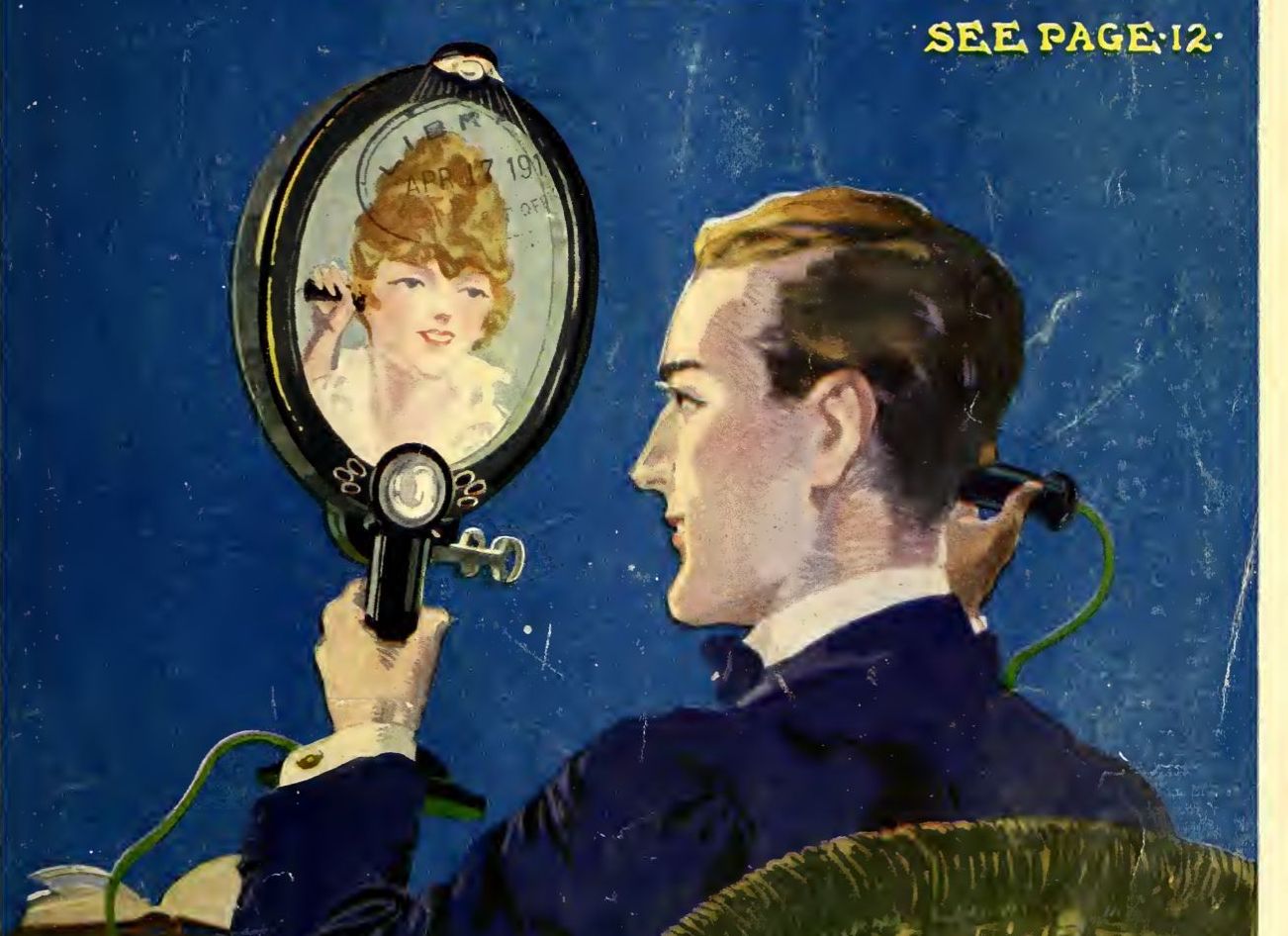 Using the Internet, people can see each other, being in different parts of the world, but 100 years ago they could only dream about it. They found a magazine on the Internet in 1918, in which they first showed how video calls might look.

Gizmodo drew attention to the old magazine Electrical Experimenter with science fiction stories and ideas about the future. In the May issue of the magazine in 1918, the fictitious Telephot device was placed on the cover, a mirror for video communications.

The magazine presented that such a device can be integrated into an existing telephone system – the sound will follow the usual dynamics that it puts in your ear, and the video will be broadcast on a special screen that looks like a hand mirror. The picture would be transmitted on the principle of two-way television, although at that time the production of television sets was in its infancy.

The author of the magazine Hugo Gernsbek imagined how people in the future using such a device would be able to call relatives or chat with friends at any time – only mass video calls via the Internet appeared a century later.