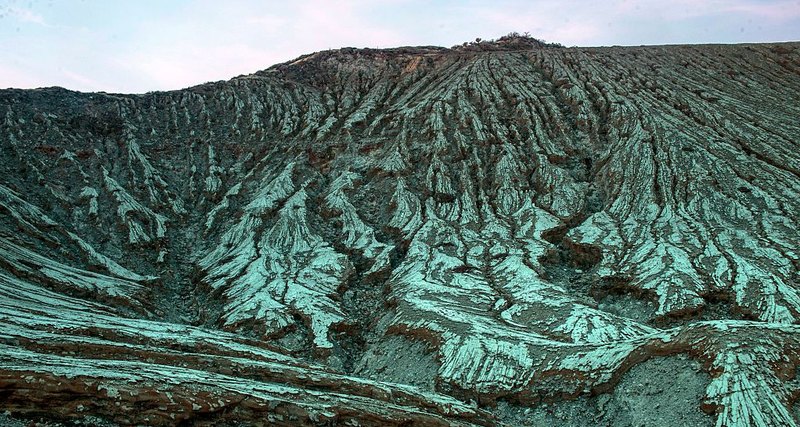 Researchers from MIT and Harvard found that the sulfide anions formed during the dissolution of volcanic sulfur in the reservoirs of the young Earth directly contributed to the emergence of the first life forms.

The mystery of the origin of life takes the minds of many scientists around the world. And, while this mystery remains unresolved, a new study tries to form a picture of what substances filled the atmosphere of the young Earth in those times when the first forms of life appeared on the planet – in the hope that it would slightly open the veil of secrecy.

Researchers from the Massachusetts Institute of Technology and Harvard focus on molecules known as sulfide anions. Sulfur is an integral element of life, as it underlies several critically important amino acids. The term “anion” means that the sulphide molecules are negatively charged. They form such substances as copper-bearing mineral chalcite or famous pyrite – “gold of fools”.

Approximately 3, 9 billion years ago, volcanoes covering the planet, threw into the atmosphere a huge amount of sulfur dioxide. As a result, the substance settled and began to gradually dissolve in water bodies, forming sulphide anions. Scientists believe that they served as a powerful catalyst that accelerated the transformation of simple prebiotic molecules into RNA, the most important “building block” of organic life. Sukrit Ranjan, one of the authors of the study, notes that before science the level of sulphides in ancient reservoirs was unknown – but now that these data have appeared, they radically change the notion of a young Earth and should be taken into account when constructing models for the origin of life.

Randzhan’s work coincides with his other work on the study of exoplanets. Applying knowledge about the chemical structure of our planet to other worlds, the scientist hopes to better understand the conditions that led to the emergence of life in the form as we know it. But, as if this is not enough, the chemist also hopes to apply the material of his research to … winemaking. Surprisingly, according to Sukrit, the chemical composition of the wine (of course, of sulfur dioxide content) largely coincides with what is observed in many modern forms, which makes wine production an excellent base for practical scientific observations.