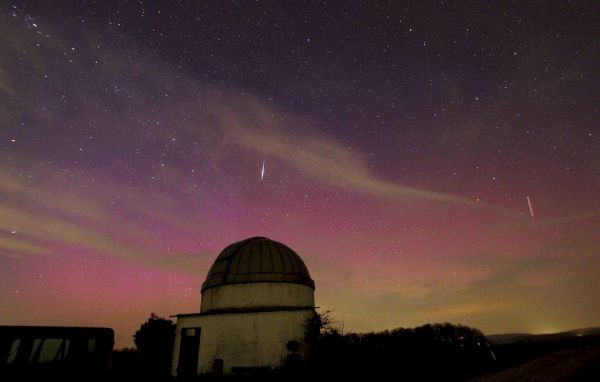 Planetary scientists have received the first unequivocal evidence that a giant satellite is orbiting the exoplanet Kepler-1708b: it is about 2.6 times the size of the Earth. This is the second object of its kind found outside the solar system. The discovery was published in the scientific journal Nature Astronomy.

“Astronomers have already discovered more than 10 thousand exoplanets. At the same time, the search for exosatellites remains a difficult task due to the low sensitivity of telescopes. Therefore, it is not surprising that we were the first to find such unusual satellites as Kepler-1625b-i and Kepler-1708b-i, because how they are much easier to detect because of their gigantic size,” said David Kipping, one of the authors of the article, professor at Columbia University (USA).

Scientists call exosatellites satellites of planets that are outside the solar system. The first such object, Kepler-1625b-i, was found by Kipping and his colleague Alex Tichy in July 2017. This exosatellite revolves around the large gas giant Kepler-1625b, located in the constellation Cygnus at a distance of 8 thousand light years from Earth. Kepler-1625b is comparable in size to Neptune or Saturn.

After that, Kipping and his colleagues began to search for such objects systematically. To do this, scientists analyzed data from the orbiting telescopes Kepler and TESS, as well as some ground-based telescopes. The objects of attention of astronomers were 70 especially large and at the same time cold exoplanets, which were discovered in the last ten years.

Despite their efforts, scientists have been unable to find evidence of exo-satellites in the vicinity of any of these planets, except for Kepler-1708b, a Saturn-sized gas giant that orbits the star Kepler-1708. This luminary is a close analogue of the Sun, which is located in the constellation Cygnus at a distance of 5.5 thousand light years from Earth.

Scientists analyzed several thousand photographs of this star and came to the conclusion that another large object, the exomoon Kepler-1708b-i, revolves around the planet Kepler-1708b. Its exact dimensions and mass are still difficult to determine, but scientists suggest that the exolon they discovered is about 2.6 times larger than the Earth.

Kipping and his colleagues hope that further observations with Hubble and the recently launched James Webb will help confirm the existence of this exo-moon, as well as whether it is an unusually large rocky planet or a smaller version of Neptune. Understanding this will help get closer to understanding how such large objects become satellites of gas giants, the scientists concluded.