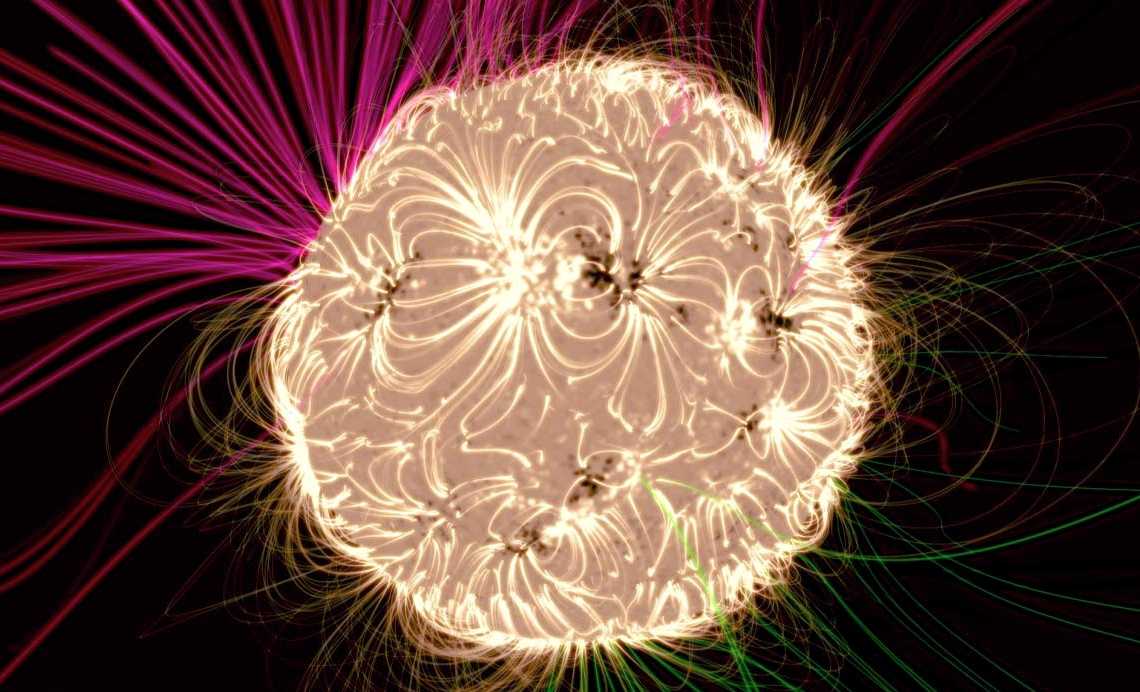 Modeling of the “magnetic dynamo” of the Sun helped to explain the duration of its activity cycles and to prove that it nevertheless belongs to solar type stars.

The global magnetic field of the Sun passes through regular 11-year cycles, at the peak of which its poles change places. These oscillations also determine the cyclic activity of the star, including the intensity of radiation and emission of matter. It is believed that these processes direct the work of the “magnetic dynamo” in the bowels of the Sun, where huge masses of red-hot charged plasma are mixed under the influence of magnetism and convection, although this mechanism has been very poorly studied.

The duration of the solar activity cycle is also not very clear. Other solar-type stars show a connection between the cycle duration and the rotation speed, but the Sun itself is knocked out of their series. In this connection, a paradoxical, at first glance, question arises: How much does the sun belong to solar-type stars? Some people care about him, because studying the Sun, we get most of the data on physics and the evolution of stars. And if the Sun is a rare exception, and not a typical case, this casts doubt on many of our views.

Fortunately, the authors of the new work managed to show that there is nothing unusual in the Sun. In an article published by the journal Science, Antoine Strugarek and his colleagues from Canada and France presented the results of computer simulation of turbulent processes occurring in the “magnetic dynamo” of the Sun. More precisely, in its convective zone – the region, which accounts for about 40 percent of the interior of the star and which plays a key role in the mixing of its substance.

What is happening here can be compared to mixing water in a saucepan heated on fire. Convection associated with heat transfer causes motion of a charged plasma. Due to this, the global magnetic field of the Sun arises, which determines the cyclic activity of processes in the upper layers of the star, including the atmosphere. Strugarek and his co-authors managed to simulate these processes for the convective zones of the Sun and other stars of its type, the exact data on which were collected by the Gaia space telescope.


A visual representation of what is happening in the convective zone of the Sun. Red-blue bunches show convective plasma motions, white-blue strands correspond to the magnetic field lines. We recommend watching the video on your smartphone and deploying it to full screen: it’s a 360-degree panorama that allows you to “look around” / © Science Magazine

Simulation has shown that the cycles of the magnetic activity of the star correlate with the periodicity of its rotation, as well as its luminosity. The faster the star rotates, the longer the activity cycles, the brighter it radiates – the shorter they are. This relationship is described by the Rossby number, a value that describes the effect of rotation on a rotating stream (for example, a tornado): the duration of cycles is inversely proportional to this number. At the same time, the Sun itself obeys this dependence no worse than the rest, so it can rightly be considered a star of the solar type.