Astronomers have found a second star, where you can live 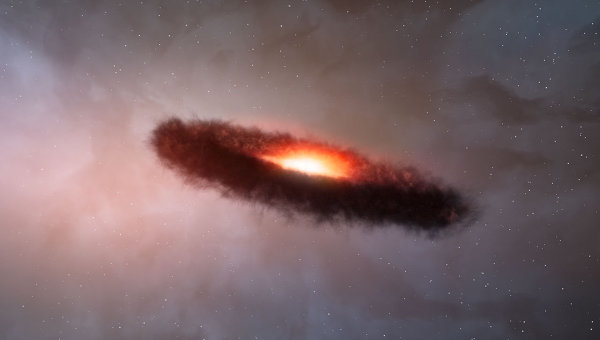 Planetary scientists found the second star, the brightness of which is inexplicably falling, that indicates the probability of the existence of the so-called Dyson spheres, and who built the advanced aliens in its vicinity. About the opening of star scientists told in an article posted in the electronic library Arxiv.org

In mid-October 2015, astronomers from Yale University spoke about unusual fluctuations in the brightness of the star KIC 8462852 in the constellation of Cygnus, the strength of the glow which had twice been reduced by almost a quarter in the last 7 years. These blinking for the first time pointed to the possibility of the presence in its vicinity of the so-called Dyson sphere, trap the energy of the stars created evolved civilization of aliens.

Initially, scientists assumed that such a blinking star could be caused by a swarm of comets closed it the light from observers on Earth, but in January 2016 the American astronomer Bradley Schaefer found that the brightness of KIC 8462852 inexplicably fell by 0.16 magnitudes over the last century that questioned this theory. Subsequently, scientists working with the Kepler telescope, confirmed that the brightness of this light really falls.

Signals from the void
A team of German astronomers under the guidance of Simone Scaringi (Simone Scaringi) from the Institute for extraterrestrial physics in Garching (Germany) found a similar star, EPIC 204278916, and found a potential explanation for its strangeness, watching the night sky of the southern hemisphere using a microwave radio telescope ALMA.

This star located in the constellation Scorpius, at a distance of about 400 light-years of Earth, inside the so-called S Association, Scorpius-Centaurus. It is a group of some thousands of relatively young and hot stars born inside a giant stellar nursery, approximately 5-11 million years ago.

EPIC 204278916 is one of the youngest stars in this family whose birth is not yet complete. Her weight at the moment is approximately two times smaller than the Sun, and its brightness is approximately equal to how much light and other forms of electromagnetic radiation produces our light.

How to write Scaringi and his colleagues, they discovered unusual fluctuations in brightness of the star quite by accident, studying the pictures and data that the Kepler telescope was collected in August-November 2014 the mission of K2 after his resurrection.

In these pictures, scientists have discovered giant fluctuations in the brightness of the new star of alien, in which the power of its glow in one case, decreased in a few hours 65% in the 79 days of observations. In addition, Scaringi and his colleagues found other, less long lasting and strong decrease in brightness, and the frequency of occurrence of many of these eclipses coincide with the speed of rotation of the star.

Space dust the pancake
Intrigued by this unusual phenomenon, scientists began to observe the EPIC 204278916 using the ALMA telescope, knowing that such drop in brightness can cause, as suggested by the original discoverers of the star of aliens, swarms of comets or fragments of a destroyed planet. This is supported by the fact that EPIC 204278916 is a fairly young star, the processes of forming planets around which is not yet complete.

In fact, as shown by these observations, a potential source of shading light of the young star may not be man-made Dyson sphere and the protoplanetary disk that surrounds it as a kind of bagel. This bagel we see from the end, making it it invisible to infrared telescopes are able to detect infrared radiation produced by the friction of dust particles and gas molecules within the disk.

The gas and dust in the disk is distributed very unevenly, and therefore the brightness of the light of the stars, sewed it on the way to the Ground, will vary depending on the density of that part of the bagel, which is now looking at us. This may explain why the brightness of the EPIC 204278916 changed inconceivably for us, and why the time of occurrence of these drops are synchronized with the rotation of the star around its axis.

All this is emphasized by Scaringi not explain why the brightness of the star drops original aliens. KIC 8462852, unlike EPIC 204278916, is not a young star and its spectrum does not indicate the presence of a protoplanetary disk, or any large clusters of dust and gas in its vicinity. Apparently, in her fading involved a different mechanism, which scientists have not yet uncovered.