Astronomers have recorded about a thousand mysterious round objects 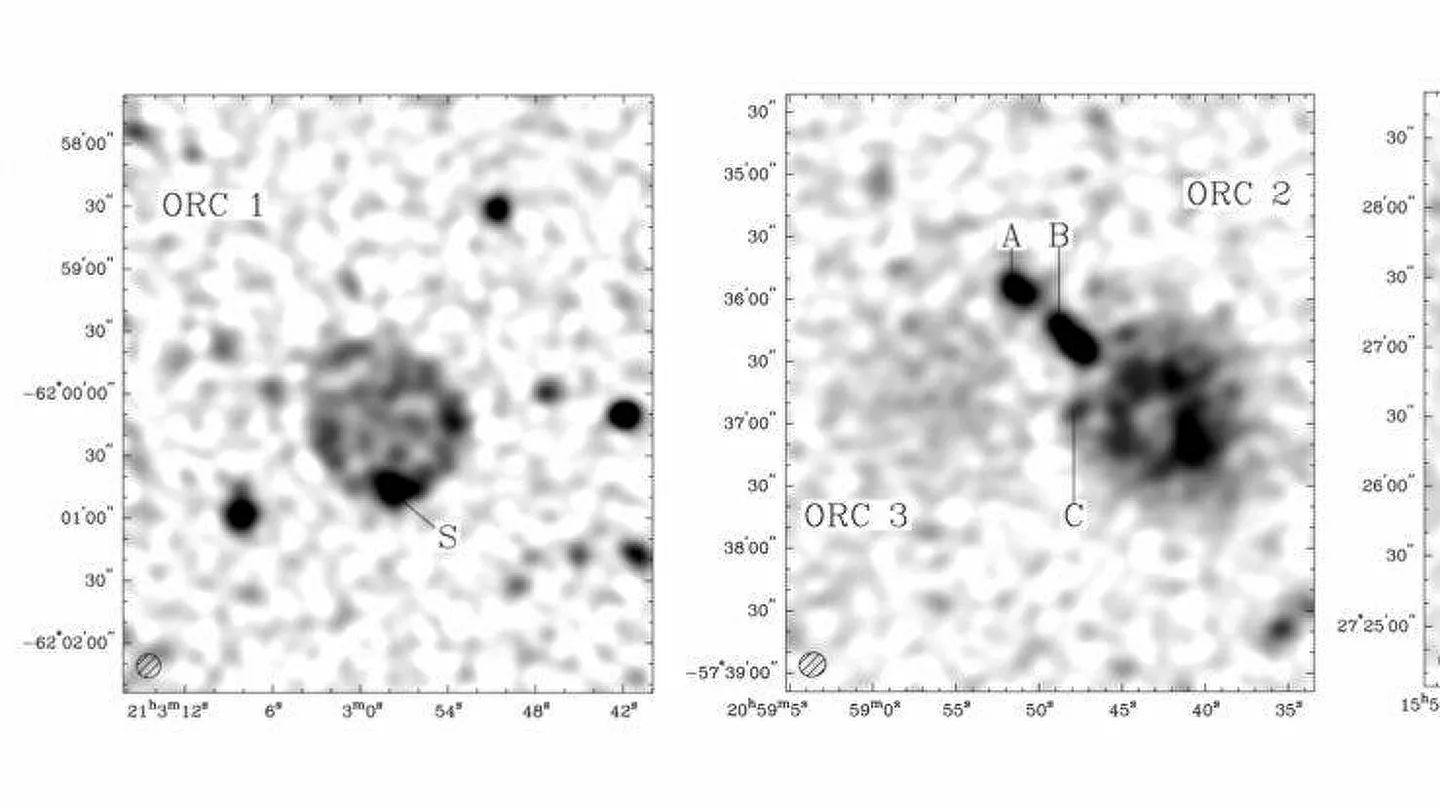 Astronomers at Australia’s ASKAP radio telescope complex have reported that they have discovered strange circles of radio emission in space. According to their characteristics, they do not fit into any of the known types of objects. The research results have been prepared for publication in the journal Publications of the Astronomical Society of Australia and are available at arXiv.org.

In late 2019, the Australian Square Kilometer Array Pathfinder (ASKAP) radio telescope complex – one of the most sensitive in the world – discovered three strange circular objects while collecting data to compile an Evolutionary Map of the Universe (EMU).

At first, scientists thought they were artifacts caused by errors in software processing, but soon other radio telescopes confirmed the reality of the Orcs. Astronomers have never found anything like this before. Objects are visible only in radio waves and are not detected in X-ray, optical or infrared ranges.

Researchers from the EMU project examined the entire volume of ASKAP data and found many more radio circles. The authors estimate that there are about a thousand ORCs in the sky.

So far, scientists only make assumptions about the possible origin of mysterious objects. It is not known even at what distance from the Earth they are – in our Galaxy or far in the Universe. Accordingly, their size is also unknown – perhaps they are several light years across, and possibly millions of years.

In their article, the authors list what strange radio circles definitely cannot be. According to the researchers, these are not supernova remnants – they are located far from most of the stars in the Milky Way, and there are too many of them.

These are not regions of star formation, as there are no galaxies nearby.

It is unlikely that these are the “petals” of radio galaxies, created by jets of electrons escaping from the vicinity of a supermassive black hole – orcs are distinctly round, in contrast to the entangled clouds of radio galaxies.

They are also not like Einstein’s rings, in which radio waves from a distant galaxy bend into a circle under the action of the gravitational field of a cluster of galaxies – the radio circles are too symmetric and they do not have a cluster in the center.

Scientists are now looking around the world for radio telescopes that could continue observing strange radio circles in order to ultimately find an answer to the question of their origin.

“It’s not an easy job because the signals from the ORC are very weak and hard to find. Our team is brainstorming, hoping for a eureka moment when one of us, or perhaps someone else, suddenly has a flash of insight that will solve the riddle, “said the first author of the article, professor at the University of Western Sydney Ray Norris in an interview with The Conversation.” This is an exciting time for us. Most astronomical research is aimed at refining our knowledge of the universe or testing theories. Very rarely we have to stumble upon a new type of object that no one else has seen before and try to figure out what it is. ”

As a working version, scientists suggest that the strange radio circles are shock waves from explosions in distant galaxies, fast radio bursts, or collisions of a neutron star and a black hole.