Astronomers told about the fate of previous satellites of the Earth 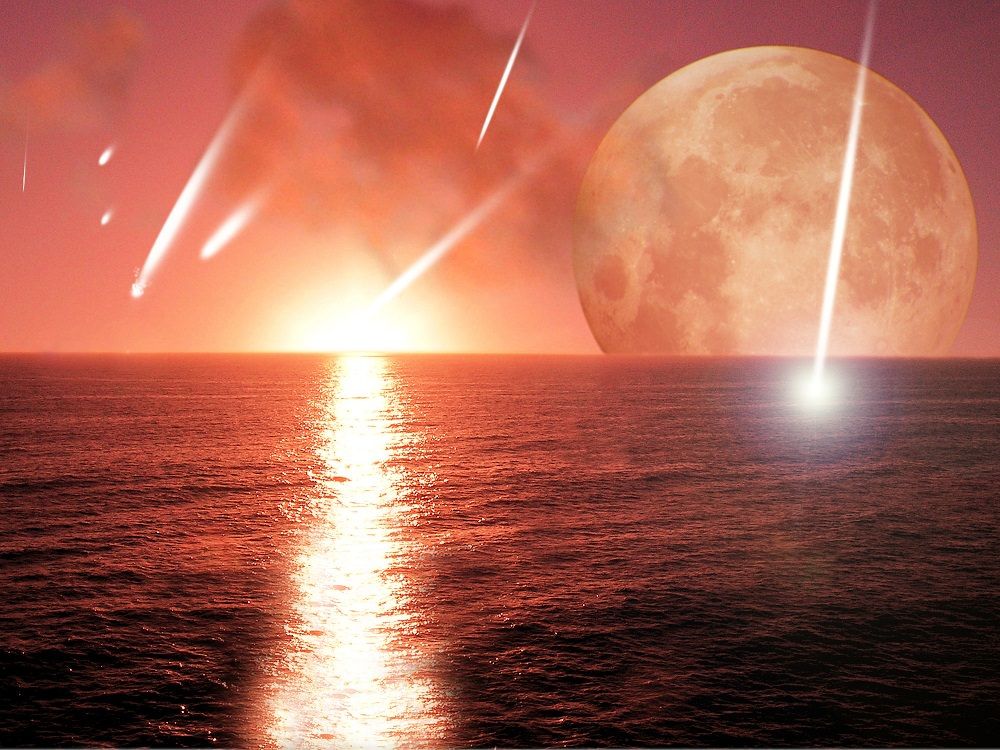 Before the advent of the Moon, our planet had to survive many disasters, which led to the emergence of unstable and short-lived satellites.

Of all the versions of the origin of the moon, the greatest authority is exercised by the impact hypothesis. According to her, the satellite was formed as a result of a collision of the young Earth with another protoplanet – from a mixed substance of both bodies thrown into orbit. It is unlikely that such a catastrophe was the only one: in that troubled era, the Earth must have experienced such blows many times. What happened to the “protossplants”, which probably appeared as a result of this?

This article is devoted to an article published by Israeli and European astronomers in the journal Monthly Notices of the Royal Astronomical Society. The authors simulated the shock formation of a multitude of “protosatellites” and their gravitational interactions with the planet and with each other. Calculations showed that such chaotic interactions lead to their merging into larger bodies, and then either to ejection beyond the limits of the near-earth orbit or to a final drop to the surface of the planet.

Such a “lunopad” could have great significance for terrestrial geology and the entire evolution of the planet. Of course, the immediate traces of clashes that took place in the Katarchean, more than four billion years ago, have long since been destroyed by multiple changes in the lithosphere. However, the simulation of collisions showed that they had to affect the speed of rotation of the planet. In addition, their tracks can be detected in the heterogeneity of the composition of the earth’s crust: for example, small differences in the content of isotopes, which have survived up to the present time.