Astronomers told how the Sun will die 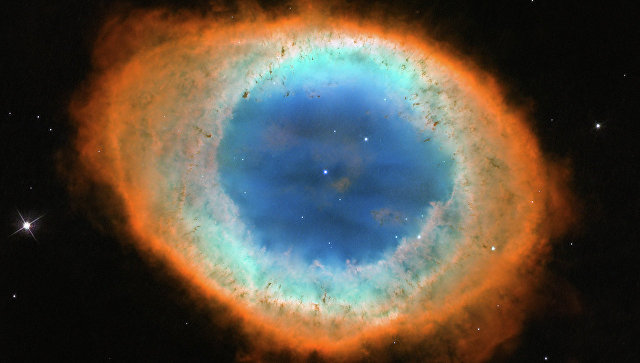 During observations of planetary nebulae in the vicinity of the Milky Way, astronomers have discovered that one of them was formed from a star that “turned inside out” during the last moments of life. As a result, the HuBi 1 nebula, located in the constellation Snake, has become hot outside and cold inside.

According to scientists, similarly, one day the evolution of our Sun will come to an end, which by mass and size is very similar to the star that gave birth to HuBi 1.

Planetary nebulae are the remains of the dumped shells of stars that have almost exhausted hydrogen. A dying star, or a white dwarf, constantly heats a cloud of dust and gas with ultraviolet radiation, so that it glows brightly.

But the star in the HuBi 1 nebula was not just a white dwarf. As scientists found out, its brightness in the last 50 years has decreased by 10 000 times, and the temperature during all this time was too low for this type of light. As a result, astronomers came to the conclusion that it represents the Wolf-Rayet star – especially the hot and active blue star, which emits a large amount of matter into space.

The transformation occurred in the last moments of the life of the star, when helium combustion began in its core. The remnants of its outer shells were thrown into space, and the former subsoil was turned inside out by a powerful shock wave. So the outer layers of the nebula became its brightest and hotest region, and the inner regions – cooled and opaque because of the dust being thrown away.