Astronomers turned out to be harmful to the environment 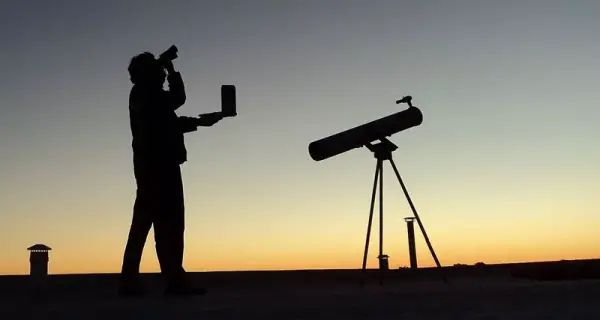 The astronomical science of Australia, according to the authors of the study, published in the latest issue of the journal Nature Astronomy, produces a total of 25,000 tons of carbon dioxide equivalent per year. In total, less than 700 active researchers, including graduate students, are involved in it, and a simple arithmetic calculation gives exactly the same figure of 37 tons per person.

Most of these emissions, that is, about 60%, come from supercomputers, which scientists use not only to process terabytes of data obtained with telescopes, but also to model and test their theories – for example, about the origin of the universe.

By the way, in the same issue of Nature Astronomy, an article was published by Simon Portegis Zwart from the Leiden Observatory, who urges his colleagues not to use supercomputers for such purposes as sending emails, and in general not to run these machines at full capacity unnecessarily. And the most important thing is to abandon python for large calculations, since the use of this programming language, according to Zwart, requires increased energy consumption.

But astronomers use not only supercomputers, but also observatories, and according to this article, for every Australian space explorer, there are roughly five tons of green emissions per year. And scientists often fly to conferences and various other events, while emitting another six tons of carbon dioxide equivalent into the atmosphere.

However, not all astronomers are equally harmful to the environment. Researchers at the Max Planck Institute for Astronomy, for example, have calculated that emissions from German researchers are almost half of those from their Australian counterparts, all due to the fact that renewable energy is much more developed in Germany compared to Australia.