Astronomers warn of dangers of Starlink to radio telescopes 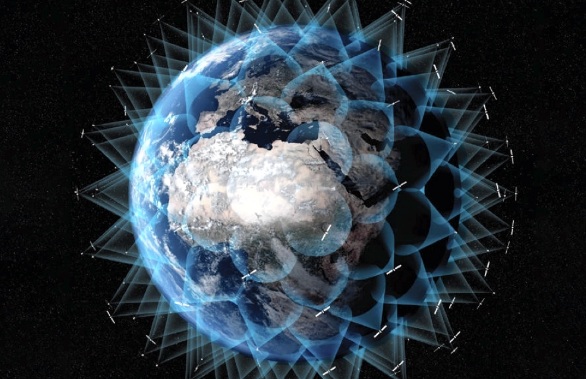 Numerous fleets of satellites are already hindering astronomical observations in the optical range, and will soon begin to interfere with the work of radio telescopes.

Construction of the long-awaited radio interferometer SKA (Square Kilometer Array) is to begin next year in South Africa and Australia. The instrument, which includes hundreds of antennas separated by thousands of kilometers, will be able to conduct radio observations with unprecedented resolution. He will give the “first light” in 2027, but astronomers participating in the project are already sounding the alarm.

The SKA website has published an official message from scientists calling for strict regulation of the “mega-flotillas” of satellites that companies such as SpaceX are rapidly deploying in space with their Starlink project. To provide global access to the Internet, it is increasing the group of low-orbit vehicles, bringing it to the planned 12 thousand. And after it other similar projects develop, for example OneWeb and Project Kuiper.

The reflections from satellites are already beginning to interfere with astronomical observations in the visible range, and under pressure from the scientific community, Starlink is taking some measures to reduce the “light pollution” of the sky. A special coating is applied to satellites, additional elements are installed to reduce reflectivity. However, in the radio range, all this, of course, does not work.

SKA antennas are located in remote areas, to reduce noise, even the use of mobile communications on the territory will be prohibited. However, thanks to “space providers”, the noise can come not only from the Earth. The same Starlinks use for data transmission a considerable part of the range from 10.7 to 12.7 GHz – one of the seven in which SKA must monitor. It is he who allows you to recognize the presence in distant space of many important substances, including water and organic matter.

Astronomers participating in the project have calculated that a constellation of 6,400 satellites will reduce the sensitivity of instruments in this range by up to 70 percent. If the number of such vehicles operating in orbit exceeds 100,000 – such forecasts are given by many industry experts – the range important for science will become completely useless.

According to scientists, the International Telecommunication Union (ITU), acting under the UN and regulating the use of radio frequencies, should be involved in the problem. It may be necessary to introduce requirements according to which satellites will turn off transmitters when passing over remote areas where astronomical observations are being conducted, or switch to other frequencies.

According to the director of the American National Radio Astronomy Observatory (NRAO) Tony Beasley, consultations with SpaceX are already underway on this matter, and experiments should be carried out in the next year or two. Other astronomers urge not to rely on the goodwill of business and appeal directly to governments and the UN. Perhaps, next year, the UN will indeed hold discussions on the protection of optical and radio astronomy from future satellite “mega flotillas” – by and large, to protect the clear sky.