At Bristol University, announced the decoding of the Voynich manuscript 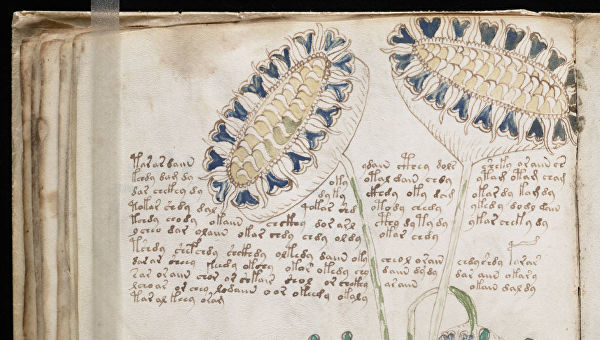 An employee of the University of Bristol, linguist Gerard Cheshire said that he managed to decipher the Voynich manuscript – a mysterious medieval code, the originality of which for more than a century the most incredible theories were built about. A British university reported on the success of Cheshire on Wednesday, and an article in which a scientist describes his methodology and conclusions made was previously published online by the scientific journal Romance Studies.

According to the Cheshire version, the illustrated manuscript, which scientists have declared both a collection of alchemical recipes, and a hoax, is in fact what it most resembles – a medieval medical reference book and a herbalist. It was compiled by Dominican nuns for Queen Aragon Maria of Castile and her entourage in the middle of the XV century. The codex, which contains 240 extant parchment pages, includes descriptions of medicinal plants and medical procedures that were supposed to promote women’s health.

Cheshire believes that the manuscript, on which cryptographers, linguists and computer algorithms worked, has not yet been deciphered because no one has managed to find the right approach to its text. According to the scientist, the secret is that the Voynich manuscript is written in the missing Proto-Romanian language, and using a unique writing system based on the Latin alphabet, but not containing punctuation marks and using only lowercase letters. Deciphering the manuscript is seriously complicated by numerous cuts, as well as the use of words and phrases from Latin in those cases when, according to Cheshire, the author of the manuscript did not have confidence about one or another word in the Proto-Romanian. If the Briton’s hypothesis is correct, the Voynich manuscript will be the only remaining written source in the Proto-Romanian language, the very existence of which in modern linguistics is only a common theory.

“It would not be an exaggeration to say that this work is one of the main breakthroughs in the history of Romanesque linguistics. The manuscript is written in Proto-Romanesque, the ancestor of the modern languages ​​of the Romance group, which includes Portuguese, Spanish, French, Italian, Romanian, Catalan and Galician,” says Cheshire – This language was widely used in the Mediterranean during the Middle Ages, but official or important documents were rarely written, since Latin was the language of the aristocracy, the authorities, and the church. So far, the Proto-Roman language was considered lost. ”

Found in 1912 in the Italian villa of Mondragone by the Polish collector of ancient books and manuscripts Wilfried (Michael) Voinich, the manuscript is the property of the Yale University Library. A few years ago, it was completely digitized.