At the American zoo, a female python laid eggs without the help of a male 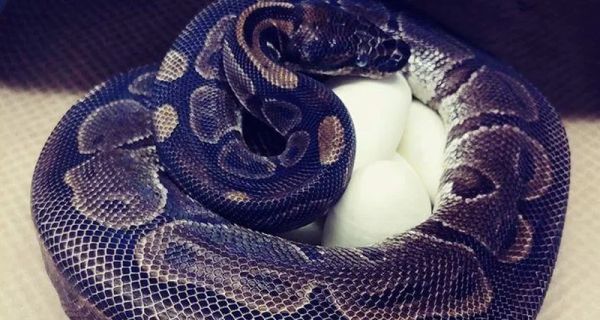 At the zoo of American St. Louis, a 62-year-old female royal python laid seven eggs. At first glance, this is not surprising, but the fact is that she saw the male up close at least twenty years ago.

In principle, royal pythons are capable of parthenogenesis, when the egg begins to develop without fertilization, and in 2009, the same female already laid eggs, but then they all died. In addition, snakes are able to store sperm in their reproductive tract for a very long time and then use it for reproduction.

This time, five eggs turned out to be with live embryos, and two of them were taken by scientists for DNA analysis to find out if they were the result of same-sex or bisexual reproduction. The other three surviving eggs are now in the incubator, and if all goes well, they should hatch in about a month.

However, the unusualness of the incident lies not only in the fact that the eggs were laid without the help of the male. The reproductive age of female royal pythons usually ends long before they turn 60, and in this case, according to employees of the St. Louis Zoo, we are talking about the oldest snake that has ever laid eggs in captivity.