At the bottom of the Mariana trench found mysterious creatures 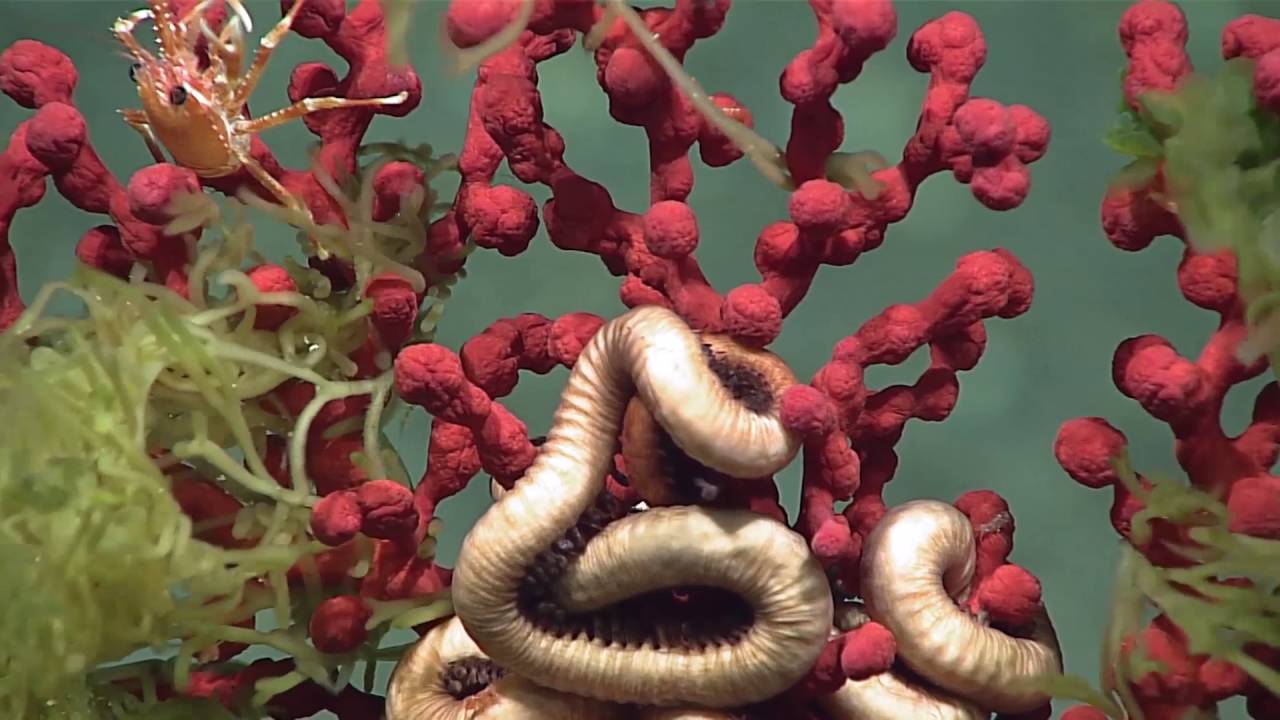 Close to the Mariana trench Oceanography managed to find the mysterious “oasis”, which is a colony of bright pink coral inhabited by many diverse and even previously unknown marine species.

Recently, an expedition to study marine flora and fauna in the area of the Mariana Islands in the Pacific ocean was discovered and photographed an unusual, previously unknown colony of rare corals, and strange creatures for whom these fanciful structures are the house. Researchers with a team of NOAA Ocean Explorer came across the “coral gum”, known in scientific circles as Paragorgia arborea during the exploration of the Mariana trench and its environs 17 June 2016 at a depth of 500 metres.

Stunning videos shot with the camera Okeanos Explorer, show us the bright red corals with a whole host of strange sea creatures that swarm and creep on these frames. The science team is particularly interested in green threads, entangling some corals usually is an indicator of photosynthetic organisms, but on the seabed, there is practically no light, so none of what photosynthesis is and can be no question. In addition, their attention was attracted by a worm-like of smaakvolle (or brittle stars), tightly clasping the trunks of coral. Scientists say that their finding is reminiscent of a small oasis for many species of life.