At the bottom of the sea found prehistoric cemetery Native Americans 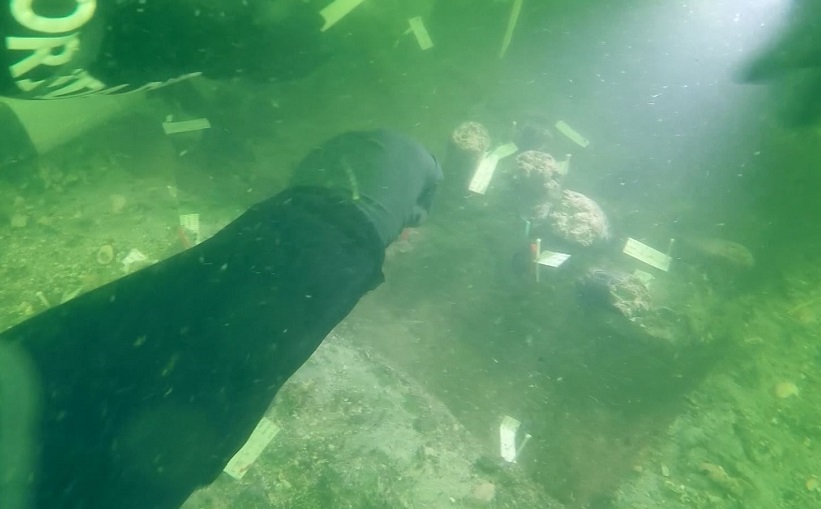 Archaeologists have discovered the burial place of the indigenous peoples of America at the age of 7 thousand years on the seabed.

The cemetery, located 275 yards from Manasota Key in Florida, was stored in a “freshwater pond with peat bottom for thousands of years,” according to a statement released by the Florida Department of State.

Reports of the site were first made in 2016 after divers noticed human remains on the seabed at a depth of 6.5 meters. In the end, one of the divers found what turned out to be a human jaw. He sent a photo of the discovery to the scientist. The jaw brought the explorers into ecstasy – it retained a single tooth, a smooth molar. Its smoothness indicated that the tooth belonged to someone who was used to eating hard food.

Archaeologists plunged into the water and found a whole treasury of remains: broken bones of hands, fragments of skulls, wooden stakes and fragments of fabric. The stakes and skulls indicated that a remarkably well-preserved swamp burial ground for Native Americans was discovered.

In 2017, archaeologists returned to the site to excavate on a small piece of land and see what lies beneath the peat on the bottom. It was found even more organic remains, as well as stakes and fabrics. The researchers extracted six sets of human remains from the bottom, but expect to find more, since the cemetery is spread over more than 4 thousand square meters. m.

Radiocarbon analysis showed that the remains are 7 thousand years old. At that time hunters and gatherers in the region began to move to permanent villages, and burials passed into the pond. Over the centuries, the rising sea level absorbed the coastal zone.