At the end of the century, “climate chaos” will begin in US cities 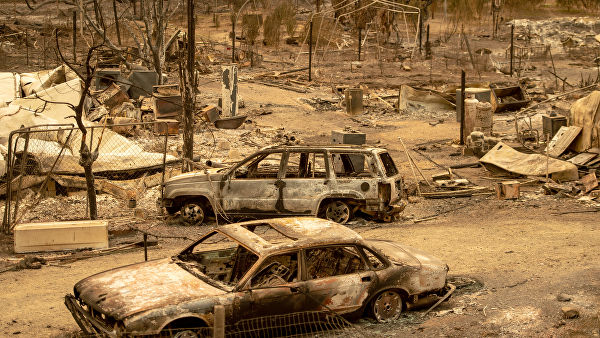 Most major US cities will “move” 400-600 kilometers to the south as a result of global warming, which will adversely affect their inhabitants and cause massive reorganizations of their ecosystems. Climatologists write about this in the journal Nature Communications.

“Climate change will affect not only the citizens, but also the surrounding nature. New pests, vectors and weeds penetrate where they didn’t exist before. For example, the northeastern US megacities may become a new home for Asian mosquitoes by 2080 that carry the West Nile Fever virus, ”the scientists write.

Most scientists who study the Earth’s climate today have no doubt that global warming exists and that it will radically change the face of the planet if the rise in temperature cannot be contained at around 1.5 degrees Celsius. This is supported by the results of measurements from dozens of climate satellites, thousands of meteorological stations and buoys in the sea, and hundreds of computer models of the planet’s climate.

At the global level, the growth of average annual temperatures in a special way will change the location of climatic zones and ecosystems of the planet. In the most general form, this will be expressed in the fact that the belts will become wider and their northern and southern borders will move several tens or hundreds of kilometers towards the poles.

This, in turn, will force many animals and plants, accustomed to certain environmental conditions, to become a kind of “climate refugees” and flee to the north, to colder regions. Such migrations will inevitably force them into conflict with native species of flora and fauna, which are less sensitive to temperature fluctuations.

To do this, scientists did not just calculate the typical average temperatures, rainfall and other climatic parameters, but tried to find analogues of these cities in 2080 among modern settlements of North and South America.

On average, their position moved about 580 kilometers to the south and several hundred kilometers to the west, with the result that most of the United States found itself in conditions prevailing today in the south of the country, in Mexico, Guatemala and on the islands of the Caribbean.

The result will be a kind of climatic chaos – cities in the northeastern United States will “move” to hot and very humid tropics, and the entire west of the United States will become even more arid and hotter than today. As Fitzpatrick and Dunn point out, deserts will appear not only in southern California, but in all states on the Pacific coast.

Such dramatic changes, as suggested by climatologists, will not only be a big problem for infrastructure and city services, but also for various animals that have adapted to dwell in large cities. They will be threatened not only by “migrants” from the south, but also by new diseases and the lack or excess of moisture.

Such changes, as scientists emphasize, will occur even if the Paris Agreement and subsequent restrictions on greenhouse gas emissions are fully or partially implemented. Therefore, we should start preparing for them right now, given that current CO2 emissions exceed even the gloomiest UN forecasts.