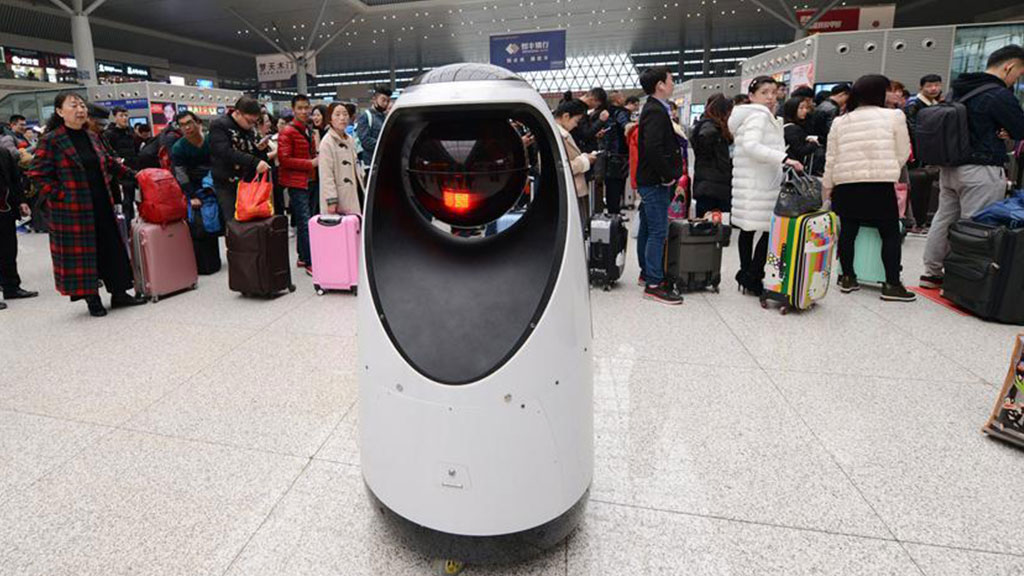 Robot ecologist arrived to the station of Zhengzhou (Central Henan province), began to monitor the degree of pollution, temperature and humidity at the train object.

Intelligent machine is also able to quickly detect the sources of fire, promptly report them to the fire service. The robot will be around the clock in the waiting room, moving in Autonomous mode. It is equipped with sensors to detect faces and, if necessary, can help the police during the arrest of criminals.

The device has a special interest in children, as programmed on speech communication and able to answer some questions.

The beginning of the era of robots

Intelligent machines are in China becoming more common: in January it was reported that Android journalist named Xiao Nan less than one second is preparing materials for the newspaper “South, dushibao” (southern Guangdong province). According to developers of electronic devices with elements of artificial intelligence, he can create small notes and extensive editorial content.

In September 2016, the airport of the southern city of Shenzhen began to exploit the robot patrol, equipped with high resolution cameras, and recognizing faces.

Surplus labor in China as urbanization rooted in the past, and androids becoming more and more. In addition to the production they confidently master such skills as the entertainment of the public, care for the elderly and sick, excursions, issuance of certificates. More recently, similar robots are widely used in medicine.

[…] are not the only jobs that are being handed over to automatons in China. Earlier this year, a robotic journalist named Xiao Nan prepared content for printing in the newspaper South Dushibao in the Guangdong Province. The […]